D.C. Fire and Emergency Services Department spokesman Vito Maggiolo tells news outlets that the group consisted of a total of 48 younger teenagers and three adults. He says that most of them were taken as a precaution.
Listen now to WTOP News WTOP.com | Alexa | Google Home | WTOP App | 103.5 FM
(1/3) 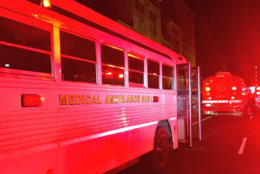 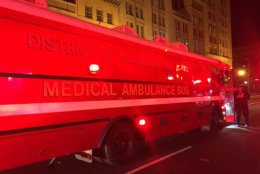 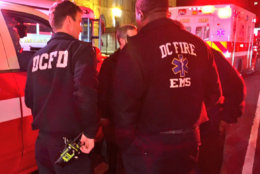 WASHINGTON (AP) — Authorities say more than 50 people have been taken to hospitals from a Washington, D.C. hotel after about a dozen of them showed gastrointestinal symptoms.

D.C. Fire and EMS tweeted the group, which was staying at the Hotel Harrington, consisted of a total of 48 younger teenagers and three adults. Most of them were taken as a precaution.

The Washington Post reported Sunday that they were described as being in stable condition.

The group had been in New York, and some of them had shown symptoms before arriving, officials said.

Originally, a dozen teenagers and an adult were taken to hospitals. However, officials say it was decided late last night that the entire group should be taken, including those who showed no symptoms.