Daron Wint, charged in a quadruple murder at a Northwest D.C. house, appeared in court Friday for issues related to DNA evidence, which is expected to be a key part of the case against him.

WASHINGTON — The lone suspect charged in a quadruple murder at a Northwest D.C. house appeared in court Friday for issues related to DNA evidence, which is expected to be a key part of the case against him.

Investigators quickly identified Daron Wint as a suspect in the 2015 killings of Savvas Savopoulos; his wife, Amy; their 10-year-old son, Philip, and their housekeeper Vera Figueroa based on DNA evidence left on a slice of partially eaten pizza at the family’s home near the Naval Observatory.

Wint is accused of holding the four captive, getting $40,000 in ransom money, and setting the house on fire. He had once worked for the company owned by Savvas Savopoulos.

Authorities had also said Wint’s DNA was found on a neon green construction vest that had been left inside Amy Savopoulos’ stolen Porsche. An overview of forensic evidence prepared by prosecutors mentioned a possible DNA link between Wint and a knife found in the basement of the burned house. Investigators also said their evidence included a piece of duct tape recovered from the driveway and a hair sample found in a piece of bedding.

Wint gave brief ‘yes’ or ‘no’ responses to questions from Judge Juliet McKenna on Friday about his rights regarding the DNA tests.

Wint confirmed he has had a chance to review the government’s DNA test results and that he did not need any further independent DNA testing. His lawyers had already requested independent testing on several items, and a request for more items could have pushed back the start date of the trial.

McKenna told Wint in that in waiving further testing, he cannot argue on appeal that he should have been able to get the testing done.

Wint’s trial is scheduled to begin in September. 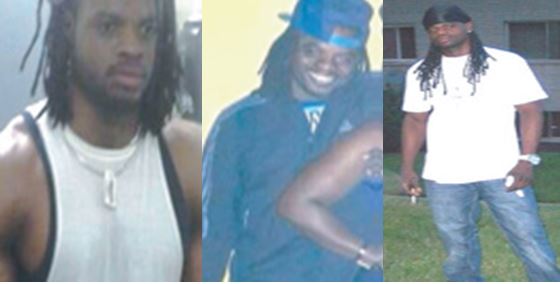