The university's president was forced to detail the misappropriation of funds after an anonymous allegation was posted on a website Tuesday. The university did not explain why it waited 10 months to disclose the misconduct.

WASHINGTON — Howard University confirmed Wednesday that six employees have been fired for “misappropriation of funds” in its financial aid department.

Frederick did not indicate how much exactly was misappropriated.

An outside auditor, RSM, was hired to investigate, according to that statement. They found that from 2007 to 2016, university employees who received tuition remission also received grants. The combination of these actually exceeded the total cost of attendance. As a result, they pocketed the difference.

The audit was completed and reported to Frederick in May, he said in the statement, and he reported the matter to the Department of Education in July. The six employees were fired “for gross misconduct and neglect of duties” as part of an employee investigation that ended in September.

“We will refer this matter for criminal prosecution, as appropriate,” Frederick said.

Frederick pointed out that such university grants are institutional funds used to support students with charges. “They are not federal funds or donor-directed funds,” he said.

Another outside firm has been brought in to determine if any misappropriation of federal funds has occurred.

As reported in The Washington Post back in April 2017, Howard University had put in place strict financial aid policies because of about $22 million in uncollected tuition. Students were required to “have a zero balance to register for classes or pay a third of their outstanding bill and be enrolled in a payment plan,” the Post wrote.

“While this has been a very difficult and disappointing situation,” Howard’s president said Wednesday, “I know our campus community deserves better and I am committed to ensuring that each of our campus offices operate with integrity and are the best that higher education has to offer.” 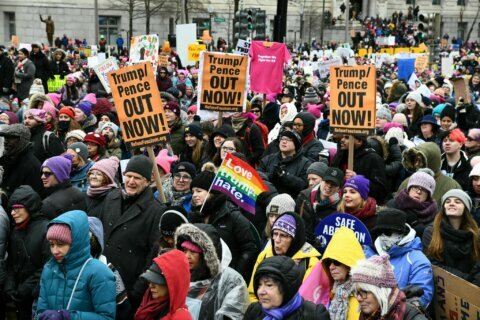