Only two years after the D.C. Streetcar launched, the District is already seriously considering a plan to replace its vehicles. There have already been problems with getting spare parts to complete repairs in a timely manner.
Listen now to WTOP News WTOP.com | Alexa | Google Home | WTOP App | 103.5 FM

WASHINGTON — Only two years after the D.C. Streetcar launched, the District is already seriously considering a plan to replace its vehicles.

In responses prepared for a D.C. Council hearing Tuesday — which happens to be the two-year anniversary of the first passengers’ trips down H Street NE — the District Department of Transportation said there have been problems already with getting spare parts to complete repairs in a timely manner. One manufacturer is out of business, and the other is overseas, so the issues are likely to continue.

“Long term parts availability will likely require reverse engineering parts,” DDOT officials wrote to the council’s Committee on Transportation and the Environment. The agency said it is exploring a strategy of acquiring vehicles in the future that “considers the feasibility of disposal of the current fleet.”

Federal Transit Administration guidelines set a streetcar’s typical lifespan at 31 years. Even if the current fleet runs for another five years, it would still have only been in service for seven. The cars arrived a few years before the line opened for passenger service.

Long-term budget plans call for at least $25 million in new streetcars to be purchased over several years beginning in late 2020 or early 2021. Those streetcars would serve the existing 2.2-mile stretch, and an extension along Benning Road to connect the line to the Minnesota Avenue and Benning Road Metro stations.

Work on preliminary designs for that extension is scheduled to begin in the next few months, following formal federal environmental approvals. Actual construction on the extension of the tracks and roadway improvements would begin in 2020.

The latest estimate for streetcar service for riders to Benning Road is now 2024.

DDOT does not have any plans to start charging for the streetcar at any point before the extension opens, and has yet to finalize what fare would actually be charged, according to the documents.

“DDOT would develop the timeline and fare collection methods closer to the start of Benning Extension revenue service,” the agency wrote.

A separate extension to Georgetown is planned later to complete the approximately 8-mile line, although that extension has been bogged down in budget debates.

The District’s latest hope is to open that longer extension in 2025 under the most optimistic timeline, which could still be significantly pushed back.

Today, the streetcar runs approximately every 12 minutes from behind Union Station to Oklahoma Avenue in Northeast D.C. (near the Langston Golf Course, the edge of the RFK Stadium parking lots and the Anacostia River) and back. The streetcar runs from 6 a.m. to midnight Monday through Thursday; from 6 a.m. to 2 a.m. Friday; 8 a.m. to 2 a.m. Saturday; and 8 a.m. to 10 p.m. Sundays and holidays. The trip takes an average 20 minutes one-way.

In January, the line averaged 3,061 riders each weekday and 2,177 each weekend day according to automatic passenger counters installed on the streetcars. Ridership was even higher in the summer months last year, and is expected to increase again with warmer weather.

Amid years of delays, missteps and miscommunication, the initial 2.2-mile stretch and related work ended up costing about $200 million.

The Benning Road extension is projected to cost about $89 million, plus $95 million in related roadway and bridge construction improvements, and $20 million for additional streetcars.

Once the $400 million extension to Georgetown is completed, there are no active plans to build the rest of what was originally billed as a 37-mile streetcar system throughout the city, DDOT said.

Environmental plans for the Union Station to Georgetown extension are expected to be submitted shortly for federal review.

After any required adjustments, the specific plans are due to be released to the public for comments by summer.

Unlike the existing stretch of the streetcar and the extension along Benning Road, the extension to Georgetown will have at least some dedicated space to allow the vehicles to zip past stopped traffic and avoid double-parked cars.

The alternatives under consideration range from 25 percent to 90 percent of the extension in dedicated lanes. Each option includes streetcar lanes at a minimum along K Street NW between the Washington Convention Center and Foggy Bottom.

DDOT is also still working on a massive project to rebuild the bridge over commuter rail tracks behind Union Station. DDOT is working with Amtrak, the U.S. Department of Transportation, the Union Station Redevelopment Corporation and a developer on that project.

In addition to the streetcar extension, the rebuilt bridge aims to improve traffic flow and allow for more Amtrak service below with newer, longer trains.

Initial design work on DDOT’s portion of the project is expected to be completed by mid-2019, which would allow for the selection of a contractor in 2020 to finish designs and complete construction as long as all of the other pieces from Amtrak, Union Station and developer Akridge are also ready to move forward then.

Editor’s note: This story has been updated to include FTA guidelines on the lifespan of streetcars. 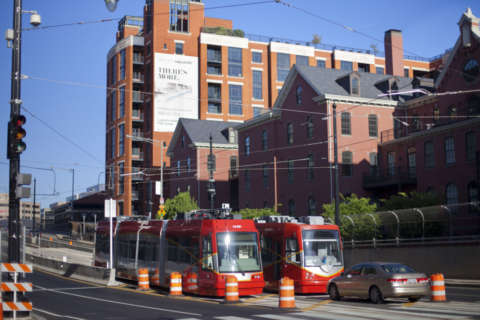 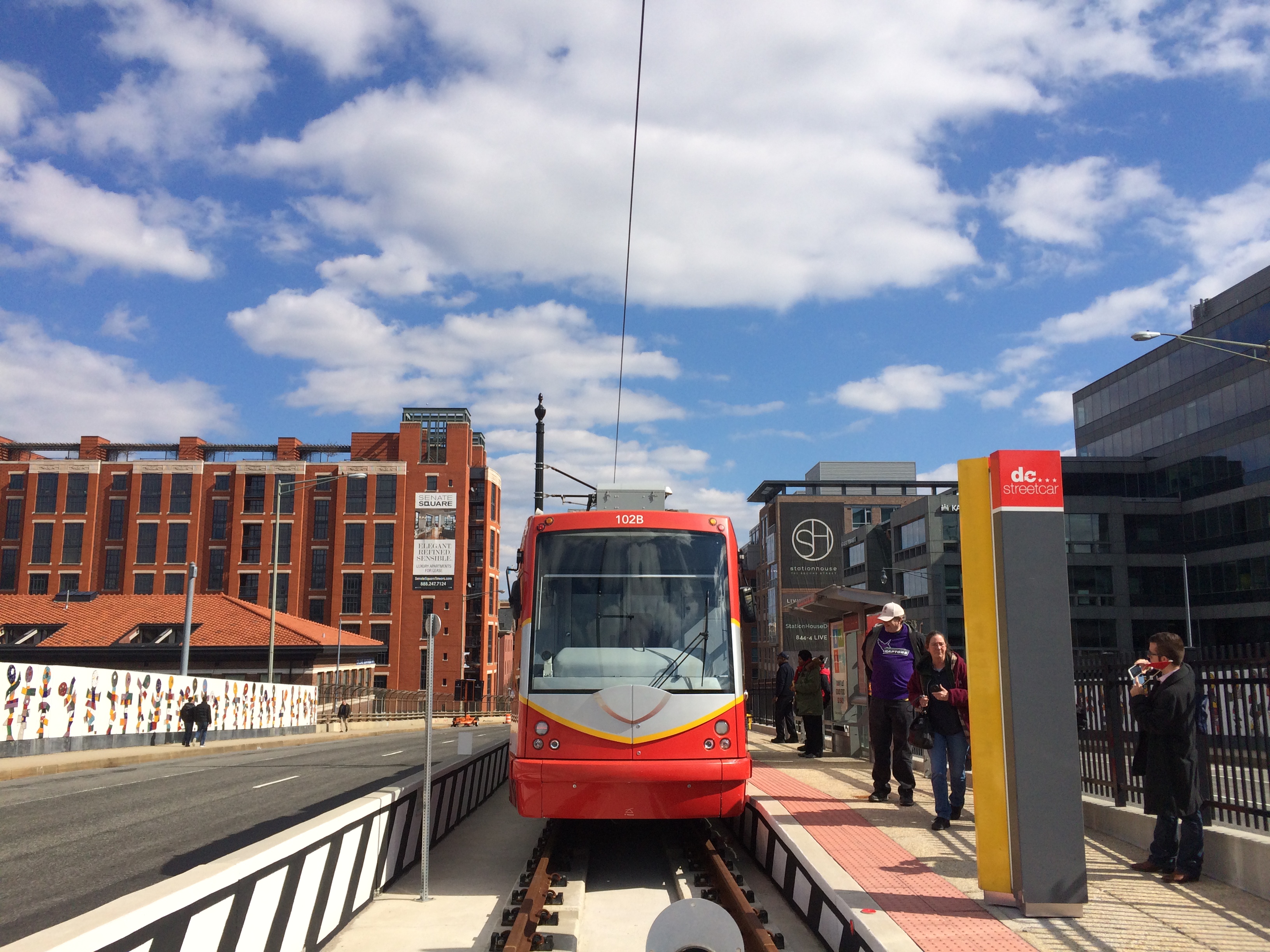 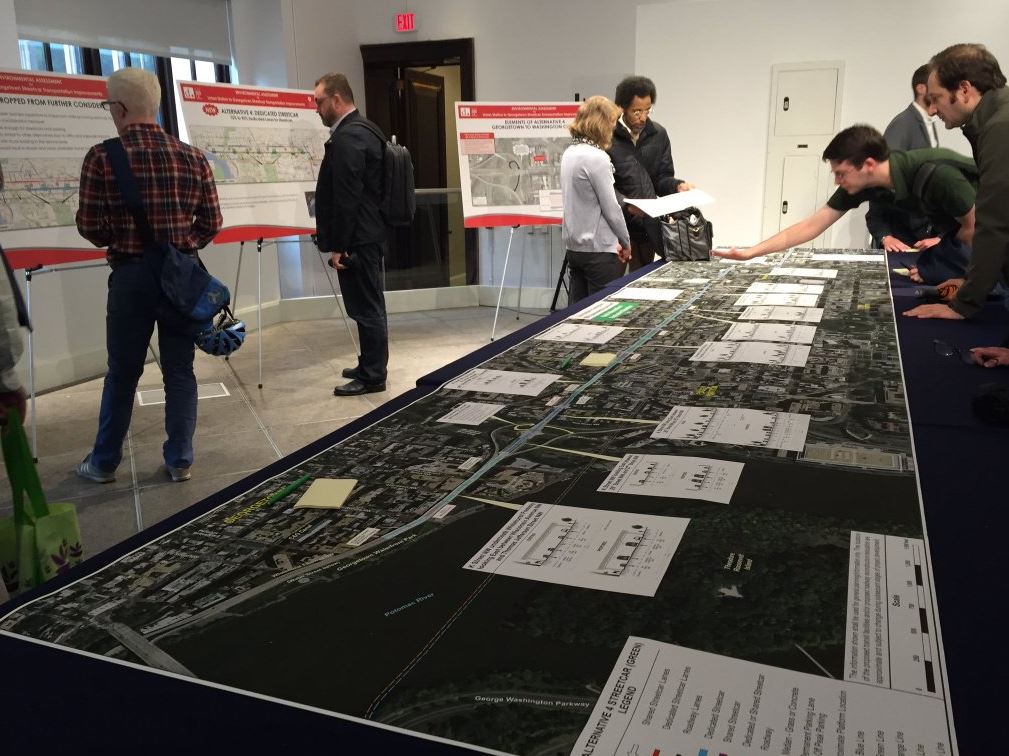