Nine new homeowners in D.C., some who were previously homeless, cut the ribbon to their new residences after having helped build or rehabilitate the homes alongside volunteers with Habitat for Humanity.
Listen now to WTOP News WTOP.com | Alexa | Google Home | WTOP App | 103.5 FM
(1/12) 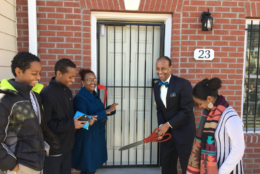 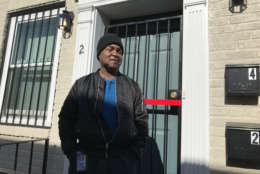 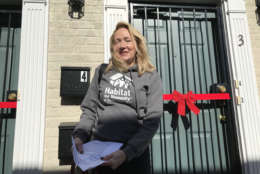 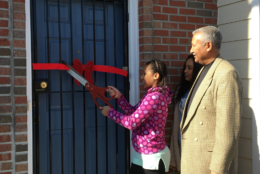 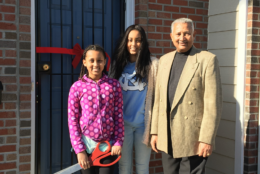 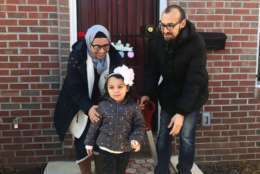 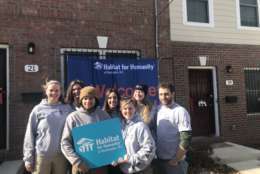 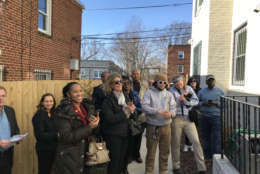 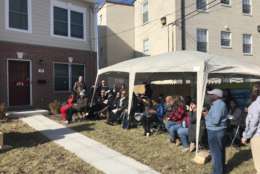 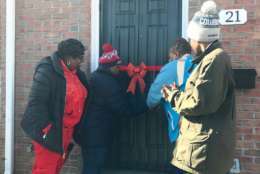 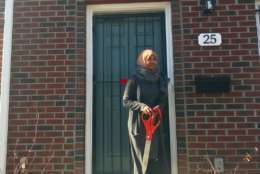 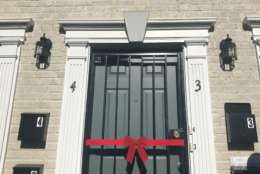 WASHINGTON — On a sun-filled day, with a festive atmosphere, a small crowd of volunteers gathered to help new homeowners celebrate.

The homeowners, some of whom have been homeless in the past, helped build or rehabilitate their own homes alongside volunteers. They now pay mortgages on a payment plan they can afford.

“They made their own luck,” said Susanne Slater, president and CEO of Habitat for Humanity of Washington, D.C. “They worked very, very hard and did hundreds of hours of sweat equity, had to work on their finances, had to become mortgage-ready.”

Slater put oversized scissors in the hands of each set of homeowners so they could cut the bright red ribbons sealing the doorways of their new homes. Project volunteers, including construction crews and representatives of PenFed Credit Union and Wells Fargo, private partners of D.C.’s Habitat for Humanity, looked on.

“I am so happy and pleased to be part of the American dream,” said Tibebe Ayele, 44, a husband and father of three who works in IT support. “I have an opportunity of owning a house and living in this county.”

He said it was a “paradox” that he could never own a home in his native Ethiopia.

“Now I have a house in Washington. D.C. … This is a dream come true,” Ayele said.

The small crowd applauded as each ribbon was cut.

“I think it really brings the full picture to you, to know why you go to the worksite everyday and work so hard,” said Caroline Meyer, 23 of Cincinnati, Ohio, an AmeriCorps volunteer and construction crew leader for D.C.’s Habitat for Humanity.

Steven Powell, 56, is one of the nine new homeowners. His one-bedroom condo on 60th Street is all the more sweeter because Powell experienced homelessness in 2008. After cutting the ribbon on his new home, Powell said he felt a great sense of “soverignty.”

“Sovereignty — it’s just being able to come home and open up your own door and go in your own place,” Powell said.