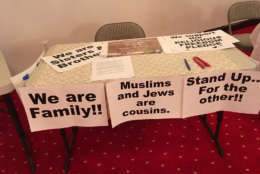 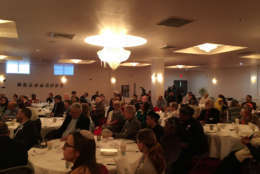 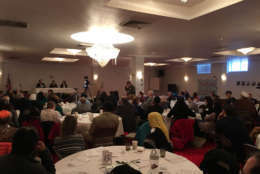 WASHINGTON — The Summit of Imams, Rabbis and community leaders was established to enhance relationships between the Jewish and Muslim communities in the D.C. area.

At Sunday’s meeting, attendees also talked about how to counter hate.

During a panel discussion, a recurring theme was figuring out ways to address incidents that appear to be hate crimes.

“Let law enforcement figure out what’s a hate crime or not,” said Madihha Ahussain with Muslim Advocates. “That’s not our job. Our job is to report it.”

Special Agent Jennifer Schick, who was also on the panel, agreed and told the crowd that while the first amendment protects free speech, it does not extend to “when someone has actually been injured, assaulted or vandalism has occurred, or whether somebody has been directly threatened.”

Connecting across religious lines is another goal of the yearly summit.

“We have to reach across the barricades and relate to each other as human beings,” said Walter Ruby who chairs the Greater Washington Muslim-Jewish Forum. “One of the things we’re doing is trying to think how can we be there for each other when either community is under attack.”

One participant, Remaz Abdelgader, shared an experience she had a couple of years ago — which included words directed at her that were laced with hateful sentiments. Abdelgader also shared her advice to anyone who witnesses hate in motion.

“Speak, even if your voice quivers,” she said. “Always speak. Whatever it is, say something. Don’t ever expect anyone else to say it for you. You have to say it.”