The Soggy Dollar Bar is an icon on one of the hardest hit islands in the British Virgin Islands. Now, the owner is relying on his D.C. roots to help relief efforts for the hurricane-battered islands.
Listen now to WTOP News WTOP.com | Alexa | Google Home | WTOP App | 103.5 FM
(1/7) 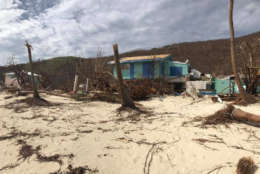 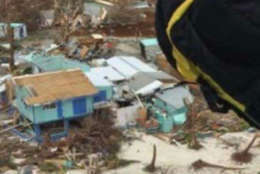 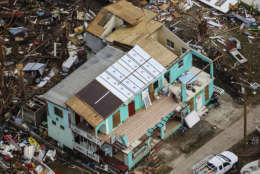 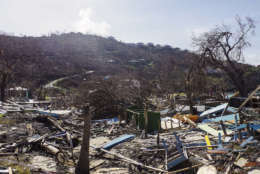 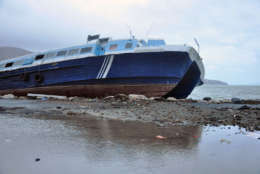 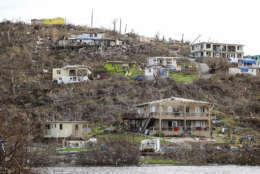 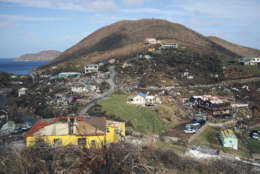 WASHINGTON — A D.C.-area man is working to raise funds to repair a hurricane-damaged slice of paradise in the British Virgin Islands.

Jost Van Dyke is a small island with fewer than 300 full time residents. While once known for being popular with Caribbean boaters and visitors from the larger surrounding islands, it is now known as one of most heavily damaged islands from hurricanes Irma and Maria last month.

One of the island’s landmarks, the Soggy Dollar Bar, weathered the storm better than most of its neighbors.

“A lot of our neighbors, a lot of the island will not have the means to rebuild,” said Jerry O’Connell, owner of the Soggy Dollar Bar and Sandcastle Hotel of the British Virgin Islands.

He believes it will take a community effort to get the entire island economy back on its feet and ready to host tourists again – hence the charity fundraising effort.

“We’re going to start with everything from palm trees to water systems to trying to get the school back on board,” O’Connell said.

O’Connell has done business in the Virgin Islands for more than 30 years, but he grew up in D.C. and raised his family in Potomac, Maryland.

Now, he’s partnered with the nonprofit Charlottesville Area Community Foundation in Virginia to have it manage donations to the Soggy Dollar – Virgin Islands Community Fund.

“They take a small 1 percent management fee, but 100 percent of the proceeds will get to Jost Van Dyke for sure,” O’Connell said.

More than 90 percent of the homes on Jost Van Dyke were compromised by the hurricanes, but O’Connell has faith that homes and businesses “wiped off the map” will be coming back.

“White Bay, where we are, has been voted the best beach in the Caribbean many times,” O’Connell said.

Jost is the smallest of the four main British Virgin Islands and it’s unclear when the island will get the government resources it needs to restore what limited infrastructure was on the island.

It typically gets power from an underwater cable from Tortola, which also was severely damaged by the hurricanes.

“Now, everyone is living off generators — like most of the islands,” O’Connell said of current conditions on Jost.

There is a bit of good news with the island’s ferry boat.

It was lost to hurricane damage when it washed ashore on top of Sydney’s Peace and Love restaurant, but it’s been replaced by a boat that was ordered during the offseason before the hurricanes hit.

“So Jost Van Dyke has a brand-new ferry transporting from Jost to Tortola,” O’Connell said.

Foliage stripped bare by the storms is beginning to show improvement.

“The green is coming back,” he said, and work is progressing with clearing, cleaning and removing debris.

Charitable foundations from St. John, such as the Bloomberg Group, The Kenny Chesney Foundation and a group of boat captains from St. Thomas and St. John have been going to Jost Van Dyke to help.

“They’ve come with not only supplies and goods, they’ve come with manpower with chainsaws,” O’Connell said. “Seventy people were there [Oct. 14] helping the whole community – Great Harbor, Little Harbor and White Bay, so it was a pretty special day.”

Information on the Soggy Dollar – Virgin Islands Community Fund can be found on its website.