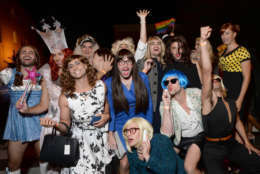 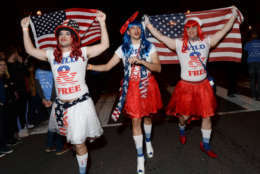 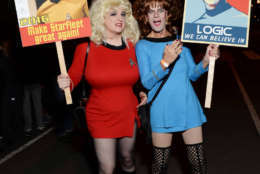 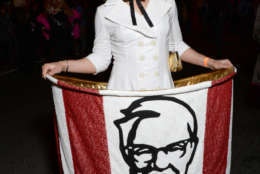 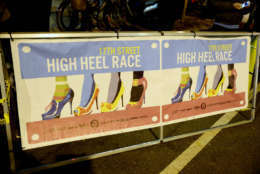 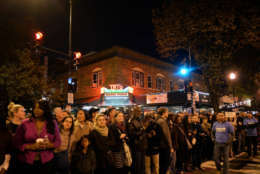 WASHINGTON — With this year’s Marine Corps Marathon in the books, another iconic race is set to draw thousands Tuesday evening, this time to Dupont Circle in D.C.

And unlike that marathon, this race is a sprint — in heels.

It’s the 31st year for the 17th Street High Heel Race. About 150 are expected to take part in the event, which runs from R to Church streets.

“You come, you see the drag queens, and you watch them run and you hope one of them falls sometimes,” said Dave Perruzza, the race’s coordinator and the general manager of J.R.’s Bar.

“I think there’s always a prayer that someone’s going to fall to make it fun and funny,” Perruzza said.

It all began with a simple wager

The event’s origins are now the stuff of legend. On a Halloween night in the mid-80s, a friendly wager was made between two men in drag: Who could do a shot, run to another bar, do another shot and race back first?

Like the Kentucky Derby, the race draws onlookers who take their outfits very seriously. They run the gamut from the political to the bizarre: everything from Concoleezza Rice to Batman in a Speedo.

A big parade precedes the race as well, and D.C. Mayor Muriel Bowser will be one of its grand marshals. Another is Ruby Corado, the founder of Casa Ruby. This year’s event will benefit her organization, which provides services and programs to the most vulnerable in the LGBT community.

The third grand marshal is a former race participant. Dustin Schaad is better known as “Ba’Naka.” The D.C. drag queen ran once, in 2003, and placed third.

“My running days are long behind me,” Ba’Naka said. “I look forward to the pageantry and the costumes and the party aspect of it these days.”

“I let the younger, more interesting children have fun at it.”

Drag in the mainstream

The event’s ever-growing popularity is driven in part by drag’s new mainstream status. On TV, “RuPaul’s Drag Race” celebrates the art form and has introduced such phrases as “Not today, Satan” and “Purse first” into America’s household vocabulary.

“‘RuPaul’s Drag Race’ brought drag to the forefront of society,” Ba’Naka said. “I literally can’t walk up the street without teenagers going ‘Yes, Ma-Ma!’ and snapping their fingers at me.”

While there are high heel races in other cities, they don’t seem to have the carnival buzz that this unique annual tradition has.

“We’re not a conservative city but people act conservatively,” Ba’Naka said, “And so for such a funky, crazy, out-there thing to be part of our culture now here in the city, I think that’s amazing.”

The event wasn’t such a sure thing back in the day, said Robert York, Capital Pride’s Vice President of external affairs. The mayor and D.C. police, he said, have helped ensure its success with logistical support.

“We think it’s a really good feel-good event for the community,” York said.

See photos of last year’s race in the gallery above.