A fire in Northwest D.C. sent up smoke that was visible throughout the District Thursday afternoon.

WASHINGTON — A fire in Northwest D.C. sent up smoke that was visible throughout the District Thursday afternoon.

The fire started in an apartment building at Vermont Avenue and Q Street, near Logan Circle, at about noon, D.C. Fire Chief Gregory Dean said.

Dean added that the fire started on a deck on the roof and worked its way down into the cock loft. One firefighter had to be treated for heat exhaustion, but after giving him some fluid and sitting him in an air-conditioned truck, he was fine, Dean said.

“There were initial reports of people trapped, but there’s no indication that was the case,” said Vito Maggiolo, of the fire department. “We searched the top floor and found no one.”

He added that “There were no problems getting [residents] out.”

Dean said some cats and dogs had to be rescued, and that it remained to be seen how far down the water damage extended, but that the building should be basically OK.

Maggiolo said the building was hit by an arson fire in the late 1960s, when he was in high school. He said that people were trapped, and firefighters performed “amazing rescues.” 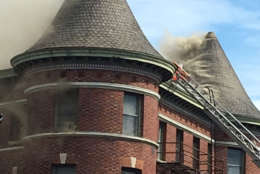 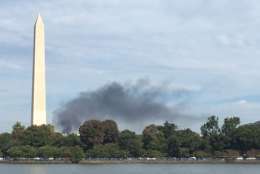 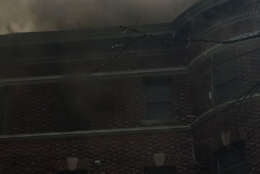 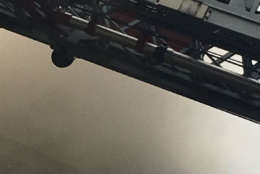 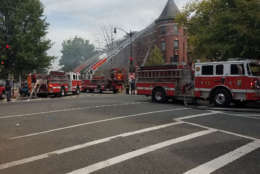 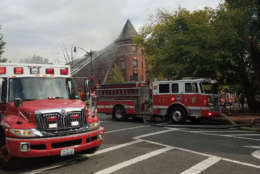 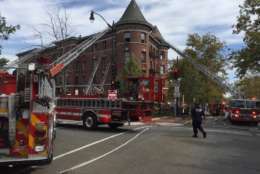 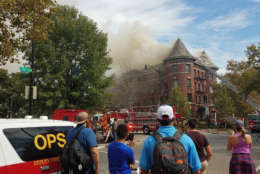 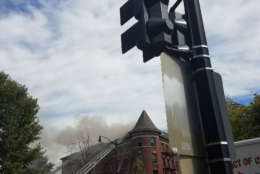 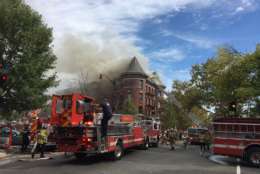 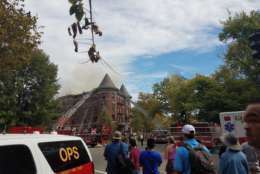 WTOP’s Kristi King and Lisa Weiner contributed to this report.