After three years of construction, The Wharf, the mile-long redevelopment of the District's Southwest Waterfront, is preparing for its Oct. 12 grand opening. WTOP's special report, Destination Wharf, goes inside the new development for a sneak peek at the new housing, dining and entertainment options, as well as the traffic concerns and the environmental impact surrounding the project.
Listen now to WTOP News WTOP.com | Alexa | Google Home | WTOP App | 103.5 FM

WASHINGTON — Three years after groundbreaking, the District’s largest new development project is ready for its close-up.

Phase 1 of District Wharf, more commonly known as The Wharf, is set to open Oct. 12. It includes 3 million square feet of mixed-use development along a 24-acre, mile-long stretch of the District’s Southwest Waterfront.

Southwest Washington was the principal commercial waterfront district in D.C. in the 1820s and 1830s, but this is the first significant development in Southwest D.C. in more than 50 years.

The Wharf was designed to be both a destination and a community with its broad promenade, new living, dining, shopping, working and entertainment venues and its much-improved access to the river and water activities.

WTOP’s special report, Destination Wharf, goes inside the new development for a sneak peek at the new housing, dining and entertainment options, as well as the traffic concerns and the environmental impact surrounding the project.

Phase 1, which broke ground in 2014, includes $2.5 billion in new office space, condos and apartments and retail, as well as four new piers, a new yacht club, a boardwalk along Washington Channel and hundreds of new boat slips.

The Wharf, which dubs itself as “Where D.C. Meets its Water,” comprises 12 distinct areas, including Market Square, next to the Municipal Fish Market. Transit Pier offers water taxi access and an ice rink in the winter, and Recreation Pier offers kayak and paddle board rentals. Then there’s Yacht Club Plaza, Pearl Street, Wharf Street and 7th Street Park.

Twenty restaurants and bars are either ready for the Oct. 12 grand opening or will open soon after. They cover the gamut, from Spanish to Belgian, Asian to Irish, Mexican to French. Retail shops include a salon and spa, a distillery, craft wine and beer, an eyewear store, a home décor and clothing boutique, a chocolatier, a French furniture store, District Hardware, a Politics and Prose bookstore and a CVS.

It also includes more than 14 acres of park and public spaces, plus water taxi service to Georgetown, Old Town Alexandria and National Harbor. 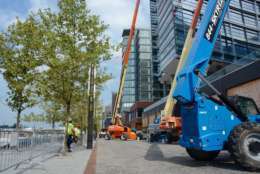 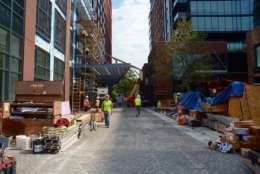 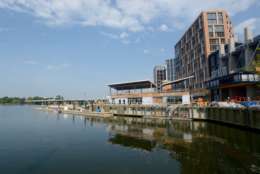 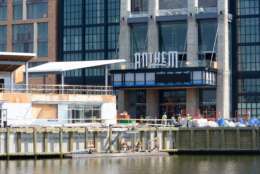 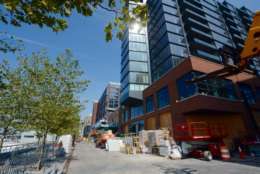 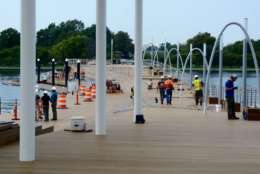 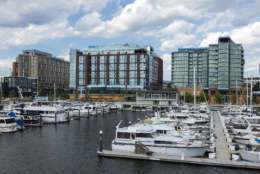 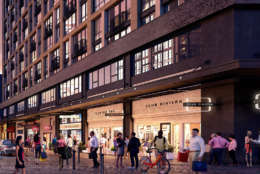 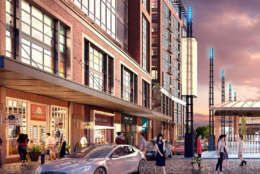 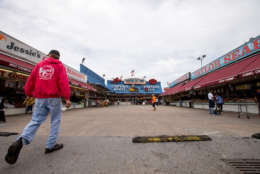 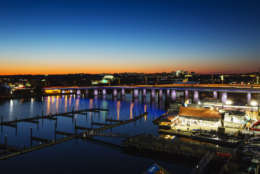 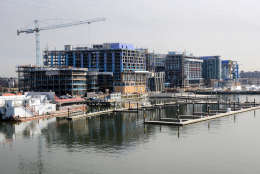 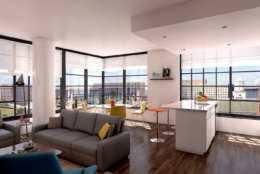 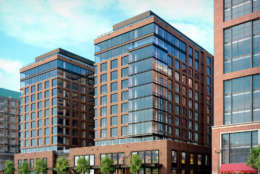 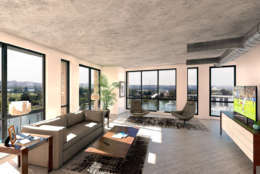 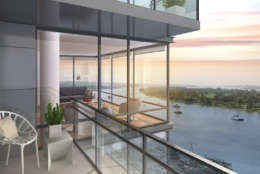 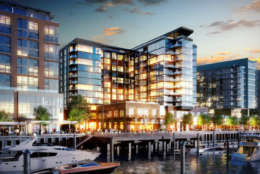 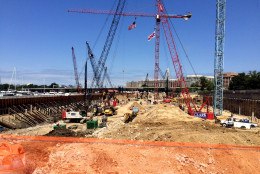 Share on Facebook. Share on Twitter. Share via email. Print.
Developer PN Hoffman first won approval for the ambitious project in 2006, and spent years wading through a litany of District and federal government approvals. It eventually brought on development partner Madison-Marquette, forming the development team Hoffman-Madison, which oversaw the three-year build-out of Phase 1.

Besides the regulatory hurdles, it took some convincing to change people’s minds about the Southwest Waterfront.

“Everyone had a bias of what Southwest was. Everyone had their own definition of it, which really wasn’t very attractive. My biggest challenge was making people believe that it could be something different,” said PN Hoffman founder Monty Hoffman.

“For many years, it was sort of isolated. Overcoming that with everyone was the biggest hurdle. Certain uses started coming in and committing to it — tenants, retailers, restaurants, entertainment started committing to it, and it started creating its own energy and that’s very fulfilling,” he said.

The District has invested almost $200 million on infrastructure, including sewers, roads and its cobblestone promenade.

With close to 900 residential units, the first phase will have an estimated 2,000 people living there.

Two condominium buildings, 525 Water and Vio, are joining two apartment buildings, The Channel and Incanto, along the waterfront. In addition, the project features three hotels for guests to stay: Canopy by Hilton, Hyatt House and The Intercontinental.

According to Hoffman-Madison, 500 District residents were hired during the construction of the initial phase of construction, and nearly half the expenditures to date have gone to D.C. businesses. At full build-out, The Wharf is expected to create a total of about 5,800 permanent jobs.

In addition to its vision of creating a new waterfront gateway for the District, Hoffman-Madison also aimed to create an environmentally sustainable community.

All buildings are designed to achieve LEED certification, many have green roofs, and The Wharf includes multiple forms of on-site sustainable energy, including solar and energy-efficient lighting.

Phase 2, expected to break ground in mid-2018, will extend the redevelopment project another half mile to Fort McNair and include an additional 1.5 million square feet of hotel, residential and office space.

Part 4: Will The Wharf be your traffic nightmare?