MedStar Washington Hospital Center responds to a report that it had sewage leak into operating rooms and a host of other problems.
Listen now to WTOP News WTOP.com | Alexa | Google Home | WTOP App | 103.5 FM

WASHINGTON — One of the most prominent hospitals in the D.C. region has been dealing with a variety of alarming health and safety issues, according to a newspaper report — and the health center isn’t shying away from rebutting the newspaper’s findings.

USA Today reports MedStar Washington Hospital Center has had sewage leak into operating rooms, with some of the rooms located beneath bathrooms.

The report also says flies have been a problem in operating rooms, and that four foreign objects were left inside patients over a 12-month period ending in February.

The paper cites documents it obtained and interviews with current and former hospital employees. The report suggests multiple issues, including those in operating rooms, could be connected to high rates of infection and complications.

MedStar Washington Hospital Center released its own statement on the report.

“The portrayal of our hospital in the recent USA Today article was riddled with inaccuracies and unfounded conclusions,” said the hospital center. “Our patients were never put at risk due to recent leaks in our operating room area.”

It also stated that leaks were addressed immediately, and the areas affected were cleaned and sterilized. The hospital has “an intensive program in place to quickly identify and correct problems,” according to the statement.

“In the past two years, we have made significant progress in our quality and safety goals, reducing such hospital-acquired conditions as CLABSIs, CAUTIs and surgical site infections. Our CLABSI rates, for example, are down 30 [percent] since 2015,” the statement said.

It goes on to point out that the hospital’s 14 percent nurse turnover rate is actually down from the previous year and stands comparable to other academic medical centers across the country, as well as slamming the article’s Leapfrog survey citations, saying that USA Today “inappropriately applied this Leapfrog data to defame our Level I Trauma Center.”

“In fact, when caring for patients with penetrating injuries, our MedSTAR Trauma program performs in the top decile of U.S. trauma centers, according to data from the American College of Surgeons Trauma Quality Improvement Program.”

The D.C. Department of Health confirmed to WTOP it is in the process of investigating.

The hospital includes a major trauma center for the region, which is where House Majority Whip Steve Scalise was taken after being shot at a Congressional baseball practice. 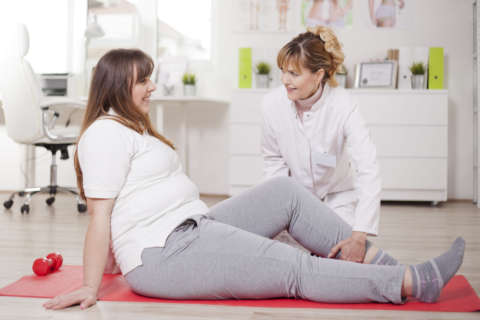 What’s the best way to diagnose a stroke? MedStar Washington has an idea