A 10-member team of D.C. police officers, all with ties to Puerto Rico, is being sent to the hurricane-devastated island to help with recovery efforts.
Listen now to WTOP News WTOP.com | Alexa | Google Home | WTOP App | 103.5 FM

WASHINGTON — A 10-member team of D.C. police officers, all with ties to Puerto Rico, is being sent to the hurricane-devastated island to help with recovery efforts.

The team is scheduled to leave Joint Base Andrews Wednesday for a flight to San Juan. Once on the U.S. island territory, they will be under the direction of the Puerto Rico state police. 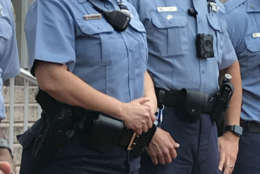 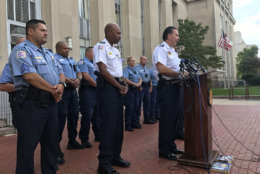 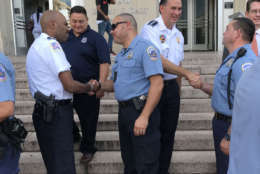 “I just can’t emphasize enough how proud I am of these folks to be willing to go and to help,” said D.C. police Chief Peter Newsham. “They are familiar with the landscape and the people of Puerto Rico and, in fact, have family in Puerto Rico.”

The idea of mounting the rescue mission came from the officers themselves. The D.C. police union contacted the superintendent of Puerto Rico’s state police force, who said the help of D.C. police officers is needed and would be most welcome.

When asked if the department could spare the 10 members — nine officers and a sergeant — for the humanitarian mission, Newsham didn’t hesitate. “If we have the wherewithal and we have the means to provide that assistance 100 percent, we’re going to do it,” he said.

Eight of the 10 officers on the team had served in law enforcement in Puerto Rico in years past. And there’s a husband and wife pair, too: Officer Angel Ortiz and Officer Vimary Serrano-Fernandez.

“We are very close. We have a good marriage. To have her by my side and her having me by her side is going to give us strength to deal with the situation because I know it’s going to be hard,” Ortiz said.

Reflecting on his career in law enforcement, which carried him from Puerto Rico to the streets of D.C., Officer Jose Gonzalez reflected on the opportunity to lend a helping hand to the hurricane-weary residents, saying, “We came from there. We became police officers there and now, we’re going back to help.” 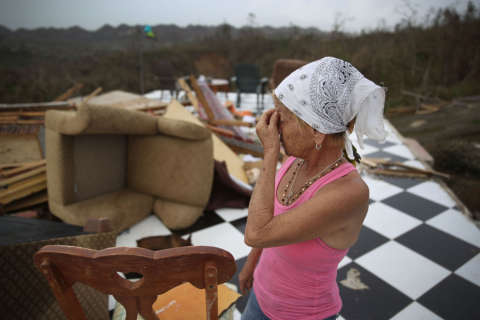