The iconic Smithsonian Castle was briefly evacuated late Wednesday morning after a fire broke out on the fourth floor. No one was hurt, but it's unclear if any of the museum's artifacts were damaged in the fire.
Listen now to WTOP News WTOP.com | Alexa | Google Home | WTOP App | 103.5 FM
(1/3) 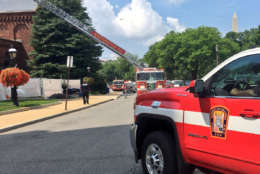 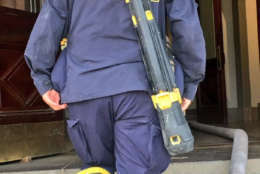 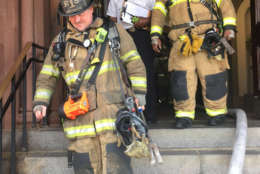 WASHINGTON — The iconic Smithsonian Castle was briefly evacuated late Wednesday morning after a fire broke out on the fourth floor.

The small fire started in an area housing a library but sprinklers were able to put out the flames before anyone was hurt, a D.C. Fire and EMS spokesman told WTOP.

Its still unclear if any of the museum’s artifacts were damaged in the fire.

In a tweet Wednesday afternoon, the Smithsonian said the castle would be closed at least for the rest of the day, but that all other museums would remain open.

D.C. Fire said investigators have determined the fire was an accident and electrical in nature.

Note: The fire department’s initial tweet said the fire broke out on the third floor, but a Fire and EMS spokesman told WTOP the fire began on the fourth floor.