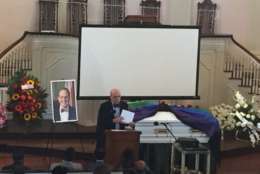 WASHINGTON — Funeral services were held at the All Souls Unitarian Church in D.C.’s Mount Pleasant neighborhood on Saturday for former councilman Jim Graham. Graham was born in Scotland, grew up in Hyattsville and went on to dedicate his life to community service before running for elected office.

After five years of volunteering and serving on the board, he was named Executive Director of the Whitman-Walker clinic in 1984. He held that position for 15 years, and it was that service that D.C. Delegate Eleanor Holmes Norton spoke about the most during Graham’s funeral.

“When Jim Graham became the executive director,” said Norton, “what was needed was to build a new institution in the District of Columbia and that’s exactly what Jim Graham did.”

D.C. Mayor Muriel Bowser recounted Graham’s work on the council and praised him for his work to help legalize gay marriage and redevelop the Columbia Heights neighborhood. Bowser even credited him with the express buses Metro runs on 16th Street during rush hour.

Graham spent 16 years on the council, but his quest for a fifth term was upended by a challenge from Brianne Nadeau, who also spoke.

“Jim’s talent and commitment to activism shined through,” said Nadeau. “Especially during his years on the vanguard of the fight against HIV and AIDS as the leader of the Whitman-Walker clinic. And it shined through in his time on the council when he fought for the homeless and most vulnerable residents as chair of the Human Services Committee.”

Graham’s career in elected office ended after a series of corruption scandals. One saw his former chief of staff go to prison for accepting bribes. Graham was later criticized for not reporting a bribe that was offered to him by his employee. Graham also drew criticism over a controversial development deal he tried to arrange while serving on Metro’s Board, ultimately earning a reprimand while on the DC Council. But while his “imperfections” were acknowledged, those who gathered didn’t let them define him Saturday.

“Jim’s tireless work left an indelible mark on our community,” said Nadeau. “And I’m honored to continue the seeds that he sowed and build on his strong legacy of activism and advocacy on behalf of our most vulnerable residents. He will be deeply missed.” 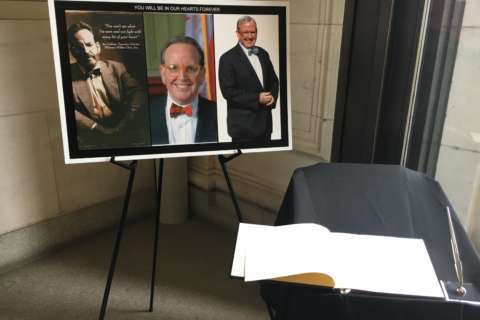 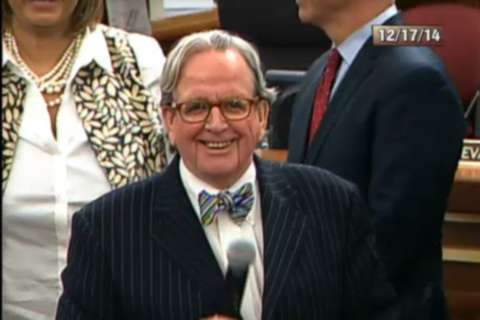