A pair of critically endangered Bourret box turtles hatched at the National Zoo on June 12. They are the first of their species to be born at the zoo.
Listen now to WTOP News WTOP.com | Alexa | Google Home | WTOP App | 103.5 FM
(1/4) 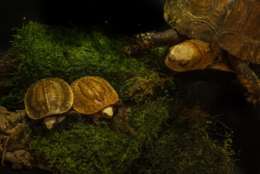 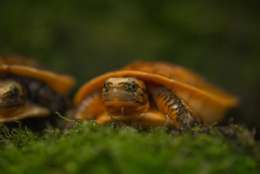 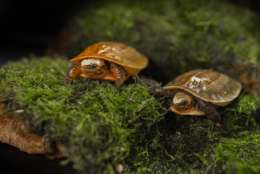 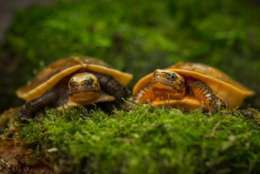 The baby Bourret box turtles first emerged from their shells on June 12 and keepers say they appear to be healthy and thriving. The eggs were laid March 22, and these hatchlings emerged after a 12-week incubation.

They are the first of their species to hatch at the zoo as part of the North American Association of Zoos and Aquariums Species Survival Plan for Bourret’s box turtles. The babies’ parents first arrived at the zoo back in 2012, and despite the female producing eggs every year since 2013, these are the first eggs to fully develop.

Keepers hope a second set of eggs laid on April 29 will hatch as successfully as the two new baby turtles.

Bourret’s box turtles are listed as critically endangered. Scientists estimate there are only 2,300 Bourret’s box turtles left in their native habitats in Vietnam and Laos. Their populations have declined more than 90 percent since the 1950s because of habitat deforestation and illegal trafficking in the food and pet trade.