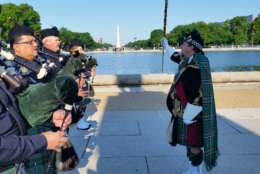 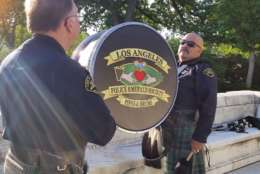 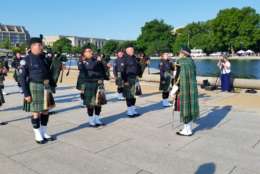 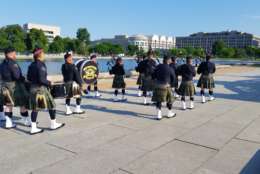 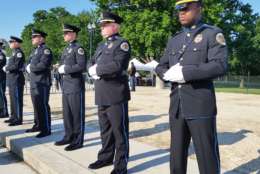 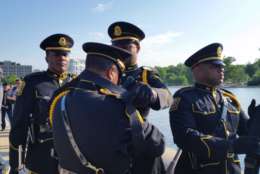 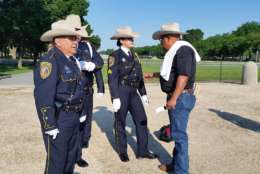 One hundred forty three of them died in 2016.

The 251 other officers had died in prior years, but researchers only recently discovered their names.

On Sunday morning there was a little friendly competition among law enforcement.

It was the 14th year for the National Honor Guard Competition and Pipe and Drum Demonstration, which was held in front of the U.S. Capitol.

Ken Roske, member of the Fraternal Order of Police National Memorial Committee and one of the organizers of completion, said this is actually two separate competitions — the Honor Guard teams compete and then Pipe and Drum Bands square off.

But both groups are in the District for National Police Week.

Roske said both the Honor Guard and Pipe and Drum bands are used for ceremonies, celebrations and for funerals of the fallen.

Snook was one of 75 officers whose names were engraved this year on the National Law Enforcement Officers Memorial.

They died from 9/11-related illnesses caused from the search and recovery efforts at the Pentagon and the World Trade Center.

“These officers, who spent days and weeks doing search and recovery work after one of the most tragic days in American history, will be forever immortalized in the walls of this Memorial,” said Craig Floyd, President and CEO of the National Law Enforcement Officers Memorial Fund.

Monday, May 15 is “Peace Officers Memorial Day.” Flags are flown at half-staff in honor of those officers who died in the line of duty.

The National Law Enforcement Officers Memorial now contains the names of 21,183 fallen officers and dates back to the first known officer death in 1791.