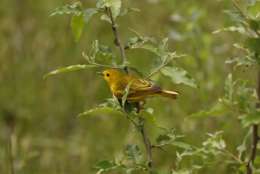 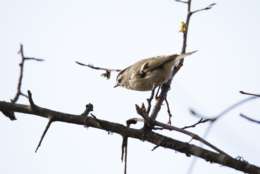 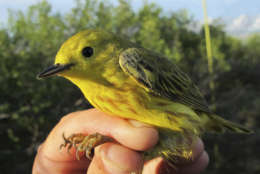 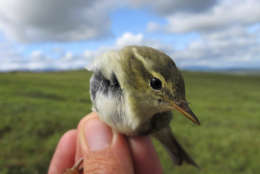 WASHINGTON — It was like something out of a movie. The carcasses of hundreds of songbirds appeared at the base of a 23-story building in Galveston, Texas.

Local animal-control officials and experts in bird migration say two things were likely in play: the light pollution from mid- to high-rise buildings that disorients and sends birds crashing into the buildings; and a storm with high winds that buffeted the birds, accelerating the force with which they hit the building.

It’s not a problem restricted to Texas.

“Estimates that we have done show that buildings, and windows in general, kill between 25 million and 600 million birds a year,” Marra said.

As migratory birds make their way from South and Central America to North America, he explained, they fly through the night.

“They’re looking to find stars or light, and they see light coming from a building, and they head toward the building” — often slamming into the windows.

In D.C., volunteers with City Wildlife’s “Lights Out” program are up with the birds, going out at 5:30 a.m. to walk designated routes and document the number of bird strikes in a predetermined area.

The idea is to generate data and work with communities to come up with ways to reduce the fatalities.

“We can really reduce the mortality that’s caused, especially at night,” Marra said, “just by getting buildings to turn their lights off during peak migratory periods.”

And it’s not just good for birds.

“A lot of buildings and cities are doing that, and it’s reduced the number of birds that are killed during migration.”

In the Texas incident, warblers — a number of different types — made up the bulk of the dead birds recovered.

“We are really obligated to protect these species,” he said. “They perform a lot of important ecosystem services, like eating the insects that eat plants or performing important pollinator services.”