The new rates start Tuesday and go as high as $4 per hour, an increase from the current maximum of $3.25. They will be based on a given space's location, as well as the time of day and day of the week.
Listen now to WTOP News WTOP.com | Alexa | Google Home | WTOP App | 103.5 FM

WASHINGTON — The price of parking in part of downtown D.C. is changing again, including a significant increase on a number of blocks.

As part of the city’s variable pricing based on demand, parking prices around Judiciary Square, the Verizon Center and Martin Luther King Jr. Library change based on the time of day or day of the week, with prices updated every three months.

The new rates that start Tuesday go as high $4 per hour depending on the part of the block a space is on and what time of day or day of the week it is. That is an increase from the current maximum of $3.25 per hour.

A majority of the spaces in the area will cost more than the $2.30-per-hour rate in place for meters in other parts of the city. Before 11 a.m. or after 4 p.m. on weekdays, 15 to 20 percent of the spaces will be cheaper than the citywide rate.

This is the third pricing update for the area since the program began.

The District Department of Transportation’s goal is to keep about 80 percent of parking spaces in the area full on weekdays, so that there are some spaces available to reduce the number of people circling the block.

Over the time period used to determine the new rates, DDOT said, 57 percent of the blocks in the area have been in the goal range. 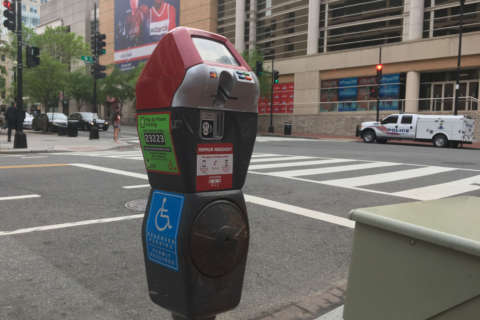