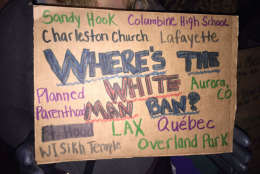 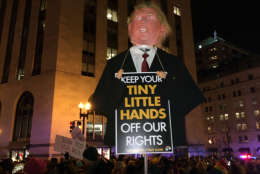 WASHINGTON — It was not your average protest in D.C. Friday.

A group that uses dance to promote peace organized a dance party that started outside the Trump International Hotel and ended near the White House. 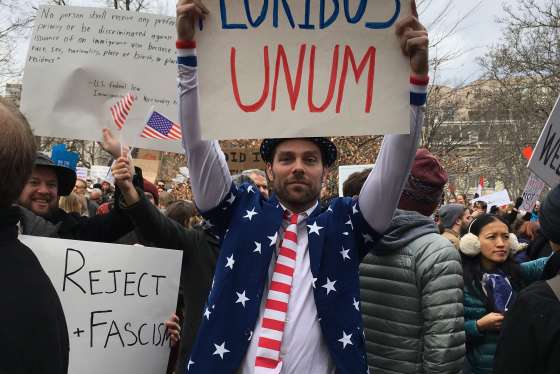 Joining a wave of protests across the country, local demonstrators spoke out in response to President Donald Trump’s travel ban that blocks citizens of seven majority Muslim nations from entering into the U.S. These were the scenes at Dulles International Airport and outside the White House on Sunday.

The WERK for Peace event was a response to President Donald Trump’s executive orders.

“We occupy space today with our bodies, because an attack on any one of our communities is an attack on all of us,” organizer Firas Nasr told a crowd that appeared to number between 200 and 300.

“We are here to show the new administration how much resistance they are going to get if they start messing with our rights,” said protester Emory Basso.

The group blasted music from the back of a pickup truck decorated with a “Dance Trumps Hate” banner, and peaceful protesters danced behind it in the street along parts of Pennsylvania Avenue and 15th Street Northwest.

The soundtrack for the event included songs from the seven countries targeted by the president’s temporary travel ban.

WERK for Peace is the same group that held a “Queer Dance Party” near Vice President Mike Pence‘s rented home shortly before the inauguration. 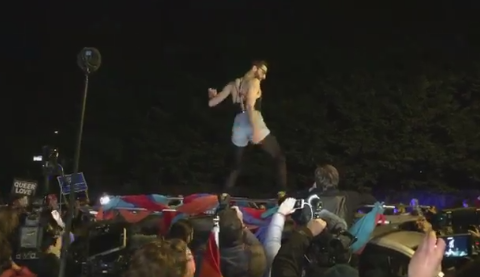