Photos and videos taken by visitors as they experience the exhibit’s signature mirrored boxes are already popping up on social media. And museum curators don’t expect that to stop anytime soon.

Just like the Renwick Museum, which experienced a documented bump in visitors due to photos of its “Wonder” installations going viral, so too is the likely fate of “Infinity Mirrors.”

Of the top five things visitors must see:

1. “All the Eternal Love I Have for the Pumpkins” infinity mirror room, the artist’s latest installation created in 2016.

2. “Dots Obession–Love Transformed into Dots,” a domed mirror room surrounded by inflatables suspended from the ceiling

4. “The Obliteration Room,” created in 2002 is an entirely white room mimicking an apartment space where visitors are asked to place colored dots wherever they like to eventually covering the space with color.

5. “Aftermath of Obliteration of Eternity,” created in 2009 is a mirrored room where suspended lanterns are reflected thousands of times from floor to ceiling to give the visitor the sensation of the infinite. 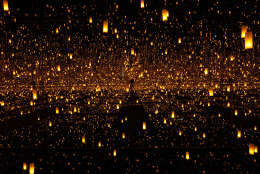 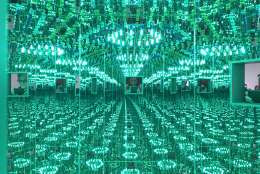 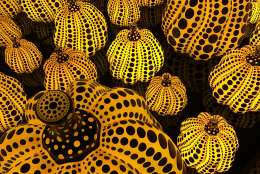 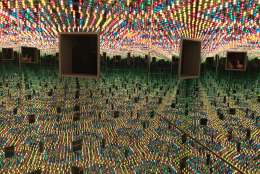 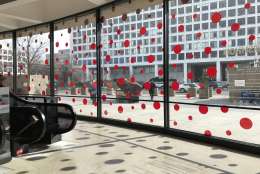 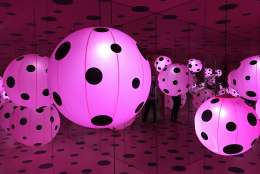 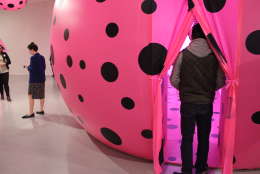 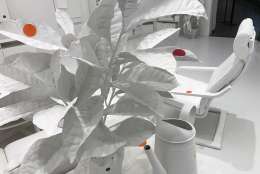 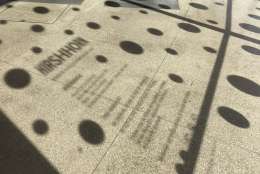 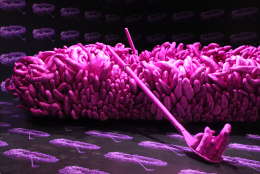 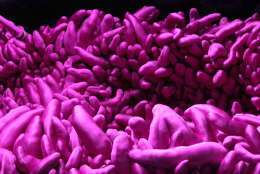 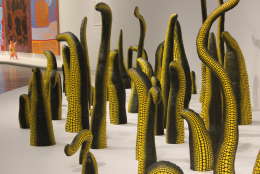 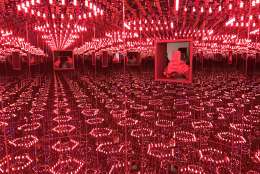 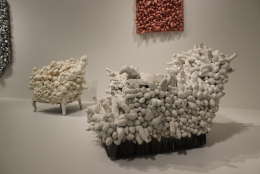 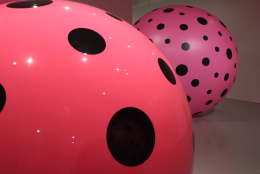 The exhibit features a series of mirrored rooms, one which was designed in 1965 by the artist who is now 87-years-old.

“One which has lanterns that have LED lights that flicker like candles. … And there’s another, it’s got pumpkins all along the floor so it looks like a meadow,” said associate curator Mika Yoshitake.

To keep the groups small, Allison Peck with the Hirshhorn said for the first time, the museum will be releasing free, timed tickets. Visitors can reserve up to four on this website for the following week each Monday at noon.

“So it won’t be a mob scene on the weekends. And on a Tuesday, it won’t be empty. We’re able to spread the crowd out so everyone has the best possible experience,” Peck said.