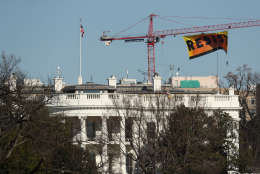 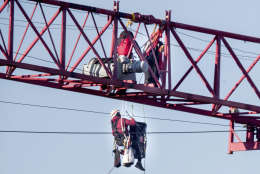 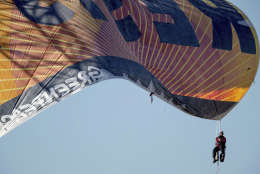 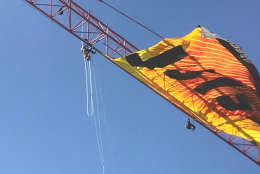 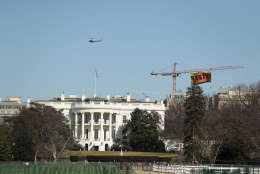 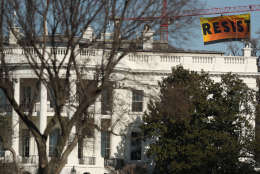 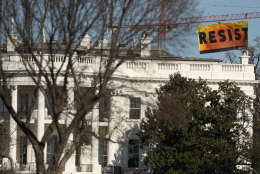 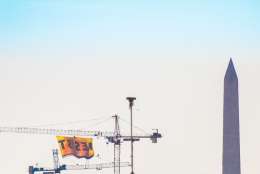 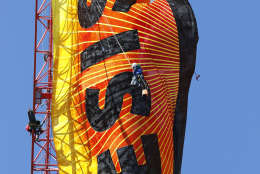 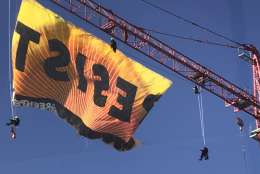 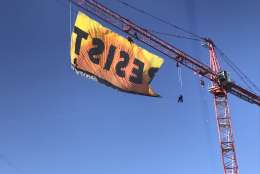 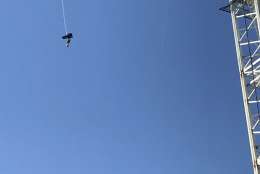 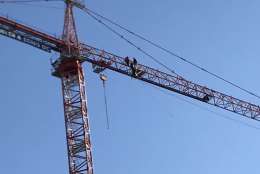 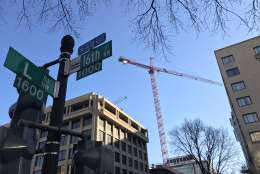 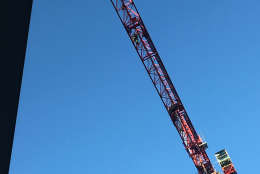 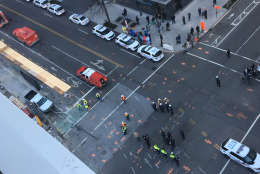 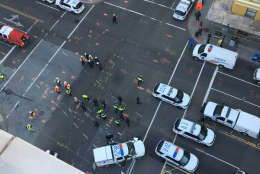 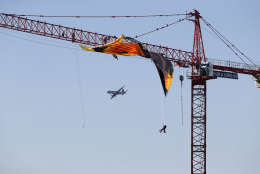 WASHINGTON  — Seven protesters from the environmental group Greenpeace are facing charges after they unfurled a banner at the top of a 270-foot crane in downtown Washington on Wednesday morning in an act of protest that lasted nearly the entire day.

The seven protesters, who allegedly gained access to the crane by breaking locks, have been charged with second-degree burglary, unlawful entry and destruction of property, D.C. police said.

The banner, which read “Resist,”  hung for hours from the crane at a downtown construction site blocks from the White House much of the morning. Protesters began dismantling it shortly after 1 p.m., but it wasn’t until about 6:45 p.m. Wednesday that the banner was completely rolled up. The protesters finally came down from the crane a little after 10 p.m. The incident sparked road closures in the area most of the day.

Greenpeace media officer Jason Schwartz told WTOP that it took the activists — who he called “extremely experienced climbers” — a while to descend because they wanted to make sure they could get down safely with all of their equipment. Schwartz also said the climb had started before dawn.

The protest came a day after President Donald Trump’s administration moved to delay implementation of at least 30 environmental rules and froze new Environmental Protection Agency contracts and grant awards. Protesters on the ground said they’re concerned about issues that include the environment, abortion and immigration.

Greenpeace said in a statement that the banner was meant to be seen from the White House, “calling for those who want to resist Trump’s attacks on environmental, social, economic, and educational justice to contribute to a better America.”

D.C. police said in a statement that while they “respect everyone’s right to protest,” they characterized the banner-hanging as “dangerous behavior” and “unlawful.”

“Remember that non-violent direct action and protest are American traditions,” Greenpeace’s Schwartz added. “There tends to be a weird, knee-jerk reaction to things like this that wants to label it as violent or something that’s not peaceful — just remember that this is our First Amendment at work.”

WTOP’s Michelle Basch, Jack Moore and Teta Alim and The Associated Press contributed to this report.