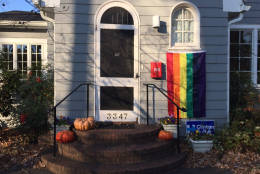 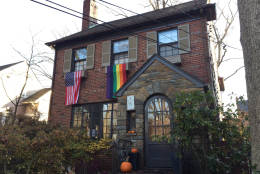 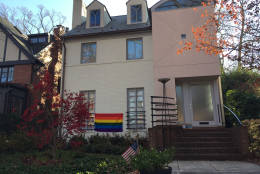 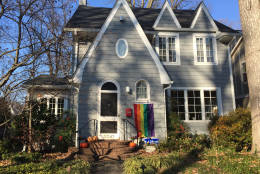 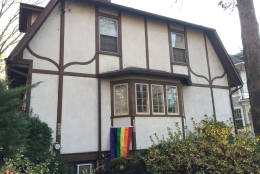 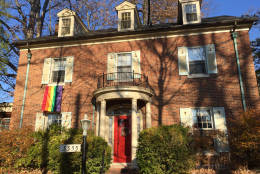 WASHINGTON — It’s not every day that a soon-to-be vice president of the United States moves into a home across the street from yours.

So when it happened to Joanna Pratt and her husband, they saw it as an opportunity that they had to take advantage of.

From their big front windows, they have a fabulous view of the home where Vice President-elect Mike Pence is staying temporarily until he can move into the vice president’s official residence on the grounds of the U.S. Naval Observatory.

“We’ve been pretty frustrated with the results of the election and we’ve been feeling as if we would really like to make some sort of difference and be able to react somehow to the new administration,” Pratt told WTOP.

In a “peaceful protest” against Pence’s stance on LGBT issues, they decided to display a rainbow flag outside their home.

They put it up last weekend.

“We want him to know that we think that Americans should tolerate people of all persuasions,” Pratt said. “This is a diverse country.”

After she told her neighbors what she was doing, several decided to join in, she said.

As of Friday, there were at least nine rainbow flags flying at houses near Pence’s temporary home.

“We also did slip a note into his door slot,” Pratt said with a laugh.

It was an invitation to come to their house.

“We want to welcome him to the neighborhood and let him know that our political opinions are very different from his, but we said that we thought this would be a really good opportunity for people with diverse opinions to get together and communicate with each other and most importantly start to listen to each other,” Pratt said.

She has not heard any response from Pence regarding either the flags or the invitation, but Pence has been busy out of town.