Local water taxi service will get a major upgrade when D.C.'s new transit pier, District Wharf, opens next fall as part of a $2 billion neighborhood project.
(1/7) 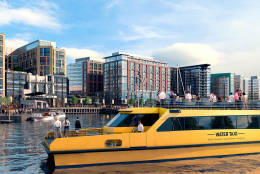 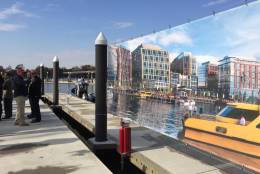 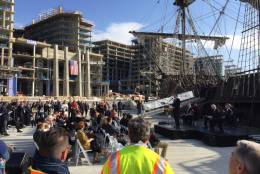 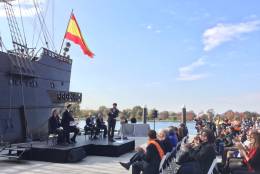 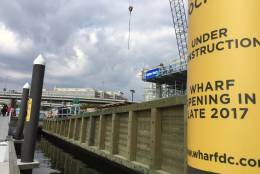 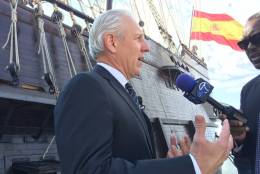 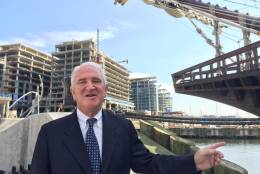 The transit pier is one portion of The Wharf, being built on D.C.’s southwest waterfront. The mile-long development along the Potomac River on Maine Avenue will include dining, entertainment, residential, retail and office space.

The new Regional Water Taxi System planned for October 2017 will add pickups at existing water taxi stops. New vessels on order are designed to operate at high speeds and will make the trip between Alexandria, Virginia, and D.C. in about 20 minutes.

Stops will be at National Harbor in Maryland, Old Town Alexandria in Virginia, and in D.C. at Nationals Park, District Wharf and Georgetown.

“We can talk about, think about, commuter routes later — expansions, maybe lobbying for Reagan National Airport,” said P.N. Hoffman CEO Monty Hoffman, who is a co-developer of The Wharf.

The water taxi schedule planned for peak season — Memorial Day to Labor Day — is for three routes to have more than 10 regularly scheduled daily pickups. In the off-season — March to May and September to December — the water taxi stops should have a minimum of four daily pickups.

When the expanded Regional Water Taxi System launches an app, it will provide real-time updates on the taxi schedule.

“And we’re working with the Kennedy Center to perhaps put a stop there as well,” said Willem Polak of the Potomac Riverboat Company.

Polak said he is working closely with Prince William County leaders to lease docking space for water taxi service to include Woodbridge, Virginia.

“Get those cars off the road, put people on boats and they can come up here [to D.C.], and I think we have a great market,” he added.

Polak believes both commuters and people seeking entertainment centers would use water transportation if it’s made available south of Alexandria.


When District Wharf opens in October 2017, regional water taxi stops will be served more than 10 times daily during peak season. Stops will have a minimum of four daily pickups in the off season, March to May and September to December. (Map courtesy of The Wharf)