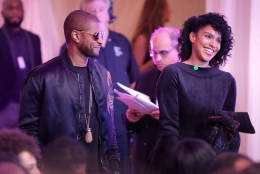 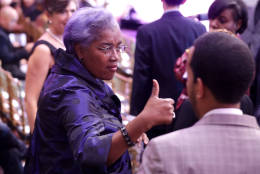 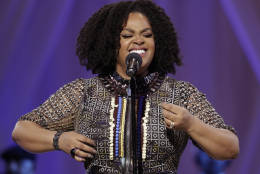 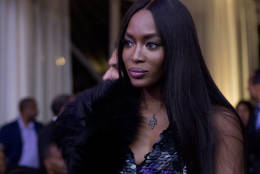 WASHINGTON (AP) — President Barack Obama said he’s sad that one of his and the first lady’s favorite traditions, musical night at the White House, ended Friday.

Obama and his wife, Michelle, have reserved certain evenings over the past eight years to celebrate music that has helped shape America. They held big blowout concerts spotlighting classic, country, blues, Broadway, gospel, Motown, Latin and jazz either inside the White House or out on the lawn.

The tradition ended Friday as Obama kicked off his final musical night, BET’s “Love and Happiness” event in a tent on the South Lawn.

He joked that he wouldn’t be singing any Al Green — despite the concert title. When Obama sang the opening lines of Green’s “Let’s Stay Together” at a fundraiser at Harlem’s Apollo Theater in January 2012, the video went viral.

“We’ve had Buddy Guy and Mick Jagger getting me to sing ‘Sweet Home Chicago,'” he continued. “So this has been one of our favorite traditions, and it’s with a little bit of bittersweetness that this is our final musical evening as president and first lady.”

Terrence J, the former host of BET’s “106 & Park,” and actress-comedian Regina Hall were the presenters.

Obama described the ability to summon celebrities as “one of the perks of the job that I will most, along with Air Force One, and Marine One,” the presidential helicopter. “You know, if you can just call up Usher and say, ‘Hey, come on over …'”

Before taking a seat in the front row alongside Mrs. Obama, the president reviewed White House musical history and said live performances have always been a part of life there, dating to 1801 when the U.S. Marine Band played at the first reception hosted by President John and Abigail Adams.

Guests of President John F. Kennedy even did the “twist” in the East Room, “which may not sound like a big deal to you, but that was sort of the twerking of their time,” Obama told the star-studded audience of several hundred people, seated in an elaborate tent that was used earlier in the week for the Obamas’ final state dinner. “There will be no twerking tonight. At least not by me. I don’t know about Usher.”

Obama said the White House is the “People’s House,” so it makes sense that it reflect the diversity, imagination and ingenuity of the American people.

“It’s a mirror to who we are, and a reminder of who we can be,” Obama added. “That’s what American music’s all about.”

BET says it will broadcast the show on Nov. 15.