The National Museum of African American History and Culture has apologized for the ticket-website problems that thwarted people who tried to get tickets on Monday, and said new passes will be released on Wednesday.
Listen now to WTOP News WTOP.com | Alexa | Google Home | WTOP App | 103.5 FM

WASHINGTON — The National Museum of African American History and Culture has apologized for the ticket-website problems that thwarted people who tried to get tickets on Monday, and they say that new passes will be released on Wednesday.

Free, timed tickets for the museum are all taken up for the rest of this year. Tickets for January through March 2017 were supposed to be made available online and through a call center on at 9 a.m. Monday, but problems with the website kept people from getting them.

On Tuesday, the museum said that the online reservation system was showing tickets as being available for October, November and December of this year, which had already been distributed.

“As a result, 64,000 passes have been issued for days between January and March that may not be convenient for the visitor,” the museum said. “Therefore, pass holders have received a notification asking if they want to exchange passes or return them.”

The museum says those with passes should email the ticketing company ETIX to cancel or exchange passes if they can’t actually use them.

The notification says that pass-holders should check their confirmation emails and make sure they’ve received tickets for the correct time and date. Those who received passes through the call center are unaffected.

The museum says it will rerelease passes at 9 a.m Wednesday for January, February and March. They’ll be available on the museum’s site. 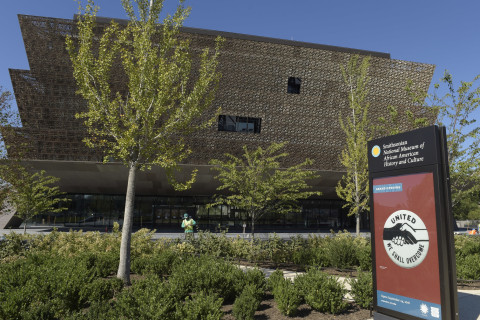