Together 2016 shut down early due to heat 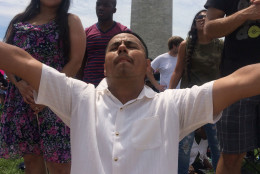 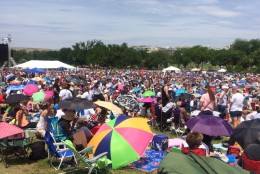 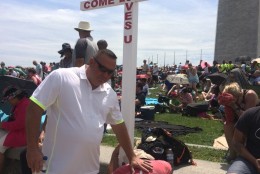 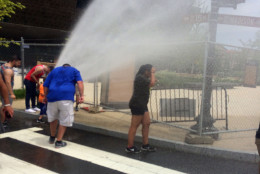 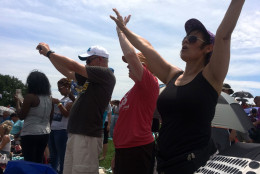 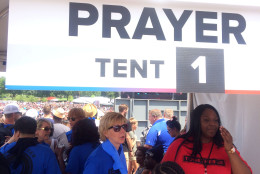 WASHINGTON — There were water stations, and at least one fire hydrant was opened and affixed with a misting sprayer to cool the crowd, but it wasn’t enough.

Together 2016, a 12-hour gathering of thousands of Christians on the Washington Monument grounds was stopped four hours early because of the heat.

A U.S. Park Police spokeswoman said officers responded to 350 medical calls for heat-related injuries. None of the injuries were serious, but first-responders were becoming overwhelmed by the amount of people who needed help.

As a result, the event was shut down at 4 p.m., park police said. Events had been scheduled from  9 a.m. to 9 p.m., according to the event’s website.

A posting on the event’s Facebook page said: “Due to the extreme heat index, emergency services is requiring us to end the event early.”

Beneath the blazing sun, Christians from across the country prayed, shared fellowship and listened to music blaring from a huge stage. The event drew together Christians of many denominations.

“I think it’s really important as Christians that we do come together, not with barriers between denominations, and stand up for faith,” said Heidi Cordero of Olney, Maryland

Some of the faithful raised their arms to the heavens, others huddled in sweaty circles to pray.

People stopped into prayer tents and even used apps. Bevelyn Gerald of Fort Washington, Maryland was promoting her app called “Pray It Loud,” which she said was handy for anyone needing a quick prayer.

WTOP’s Tiffany Arnold and John Domen contributed to this report.