WASHINGTON – Just one person was responsible for a shootout with D.C. police early Tuesday morning, not five as police previously reported, the District’s police chief said.

The others involved were victims of a robbery, Police Chief Cathy Lanier said Tuesday afternoon.

After the early morning ordeal at the corner of Alabama Avenue and 6th Street SE, police identified the shooter and arrested Luvell Alverson, 22, of Suitland, Maryland. He is charged with kidnapping, armed robbery and assault on a police officer.

Alverson was shot in the leg during the exchange of gunfire and ran from the scene, police said.

Lanier said that investigators determined that Alverson had robbed four people and fired a handgun at those victims in the area of the 3200 block of 6th Street SE near Alabama Avenue shortly after midnight.

After the robbery, Alverson climbed into a nearby SUV occupied by five other people and ordered the driver at gunpoint to take the him away. At that point, officers had arrived and approached the SUV as it was about to leave.

From inside the SUV, Alverson began shooting at the officers, who returned fire.

Police initially reported that five people — two men and three women — had been arrested in the wake of the shooting. Police had also said initially that the occupants of the SUV began to fire on the officers and held police at bay for as long as 30 minutes.

None of the victims or police officers were injured, police said. 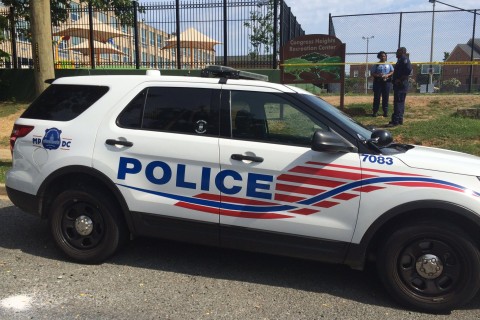 Police: 5 are arrested after firing shots at DC police officers 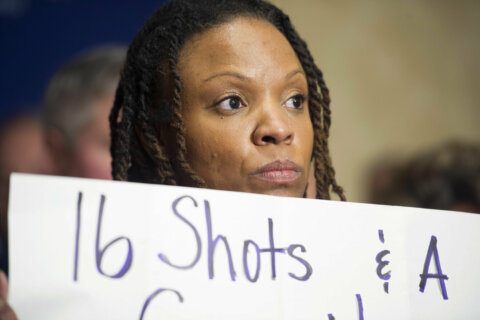