This Memorial Day weekend marks the 29th Rolling Thunder Run, an event that draws thousands of bikers to D.C. to honor those who have served in the Armed Forces.
Listen now to WTOP News WTOP.com | Alexa | Google Home | WTOP App | 103.5 FM
(1/5) 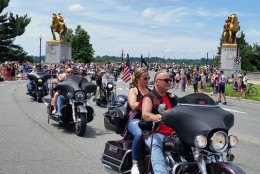 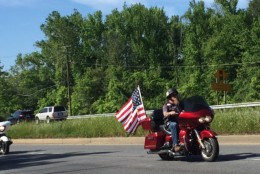 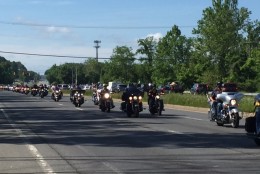 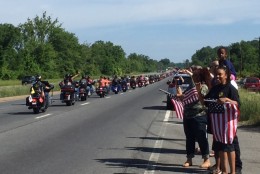 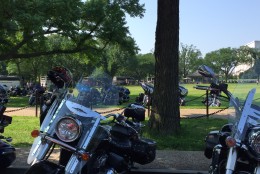 WASHINGTON — Thousands of bikers came to D.C. this Memorial Day weekend for the 29th Rolling Thunder Run to honor those who have served in the Armed Forces.

The Rolling Thunder Run began as a demonstration for service members who were abandoned after the Vietnam War, the organization said on its website. The name “Rolling Thunder” comes from the sound of the thousands of motorcycles crossing the Memorial Bridge.

LeMont Long came from Columbia, South Carolina, to participate in the ride.

“This is an opportunity for us old Vietnam vets to get together and say ‘Welcome home’ because when we came back the first time, nobody welcomed us home,” Long said.

Over the years Rolling Thunder has become a broader recognition of veterans from all eras, as sons and daughters of Vietnam vets, along with Iraq and Afghanistan veterans, have joined in the annual pilgrimage.

Michael Collins, another participant, said this year is his first time attending.

Motorcycles lined Constitution Avenue on Saturday, and some were also parked on the grass near the Memorial and Roosevelt Bridges. On Sunday morning, they were staging at area Harley Davidson centers and at the Pentagon before a planned ride at noon across the Memorial Bridge and to the Vietnam Memorial.

#RollingThunder rolling into the Pentagon parking lot getting ready for the big ride which starts at noon. @wtop pic.twitter.com/1BO1E63WwT

The thousands taking part in or just watching the event came from across the country and around the world.

“They are all here for this reason, and that’s to support the ones that are not going to ever come back and see this.”

According to Bloomberg Politics, Republican presidential nominee Donald Trump will be making an appearance with the bikers Sunday afternoon.

“I am doing it in honor of the great bikers who have been totally supportive of my campaign and now I want to be supportive of them,” Trump said in a statement  to Bloomberg. “I look forward to it!”

D.C. area resident Ed Beaghan said the “camaraderie” and “togetherness of all of the guys that were in the war in Vietnam” make Rolling Thunder special. This is his 17th year participating in the event.

“The people lining the streets just give you cold chills,” Beaghan said.

Thousands of motorcyclists starting to arrive for #RollingThunder. They take off at noon. @wusa9 pic.twitter.com/vnUnAJAmyA

#RollingThunder Bikers rollin’ to line up at Pentagon nice and early – check out @ThisWeekABC this AM for more! @ABC pic.twitter.com/Dov7pfJMe4 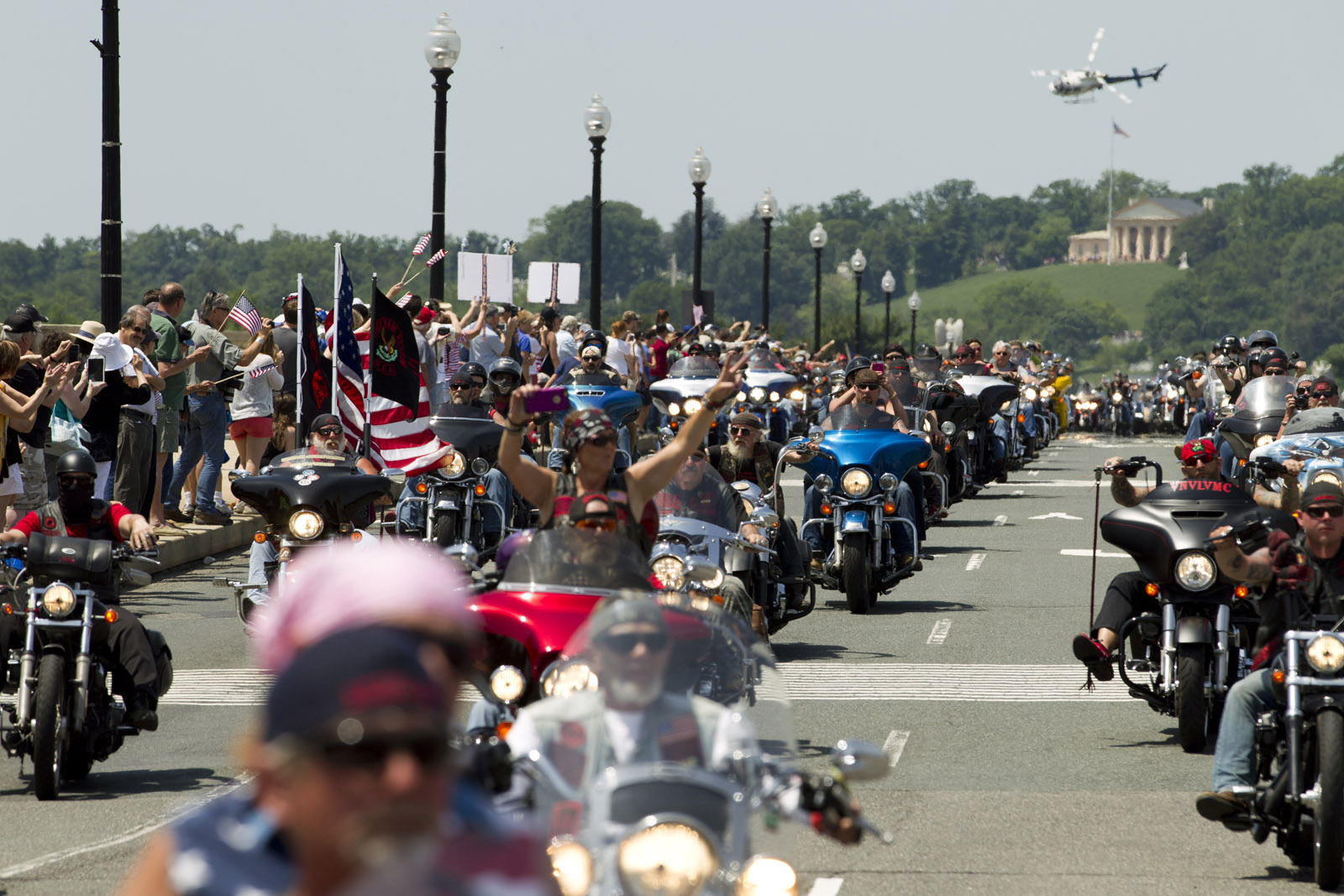 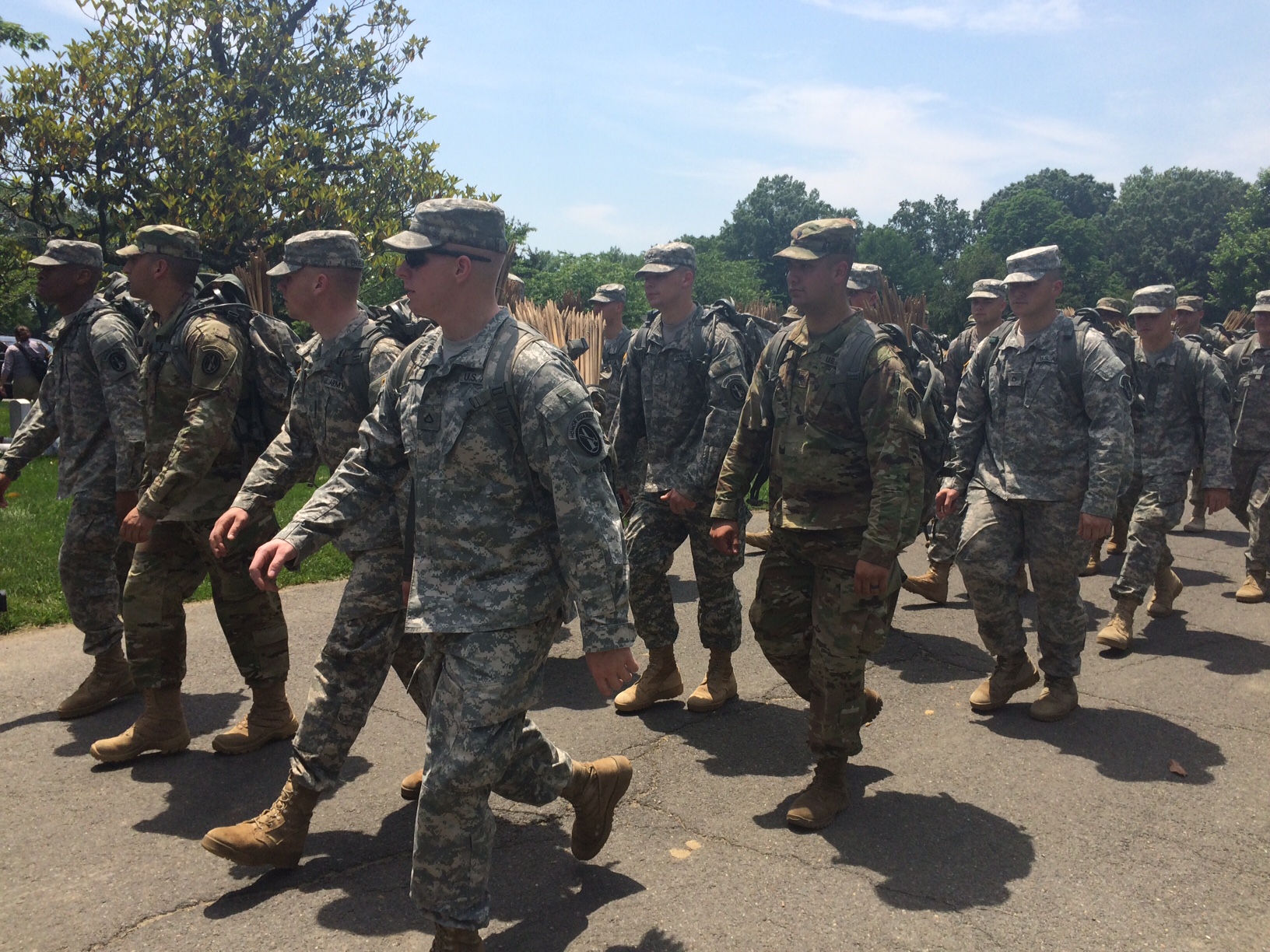