Fresh-cut sod from New Jersey is being laid down on the National Mall's lawn over the next five weeks. Fencing will likely stay up until next year.
Listen now to WTOP News WTOP.com | Alexa | Google Home | WTOP App | 103.5 FM
(1/6) 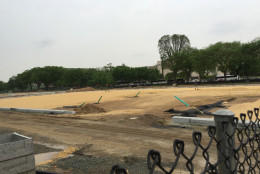 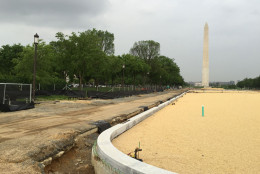 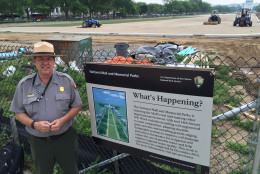 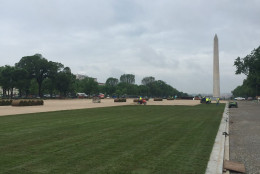 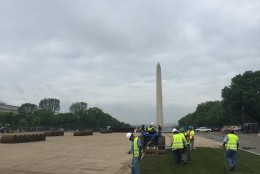 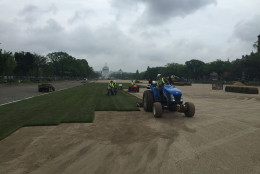 WASHINGTON — Fresh-cut sod from New Jersey is being laid down on the National Mall’s lawn over the next five weeks between 7th and 14th Street Northwest as it enters the final stages of the restoration project.

“It’s going to be an unbelievable scene that goes 11 blocks the entire length of the National Mall, in that green [color] that it should be.”

To allow time for the new sod to take root, fencing will continue to block access to the lawn area until early 2017.

The $40 million project began in 2011 and is expected to come in under budget.

Some details about the new lawn:

The first segment of the lawn restoration project, from 3rd to 7th Street along the Mall, was completed in 2013.

“It still looks like the outfield of Fenway Park right now,” Litterst said.

Last year and this year, the Smithsonian Folklife Festival has had smaller-than-usual acreage to accommodate the final segments of the Mall’s lawn restoration project.

Litterst says that by 2017, the summer festival will be able to return to its much larger footprint.