Children of fallen service members come together for picnic, games

Among the shrines of freedom and democracy, on the National Mall, kids of fallen service members gathered Saturday afternoon for a fun-filled picnic.
(1/5) 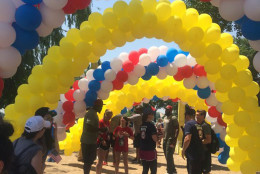 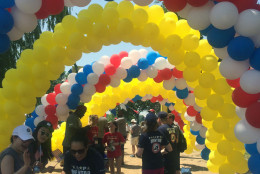 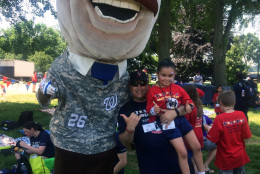 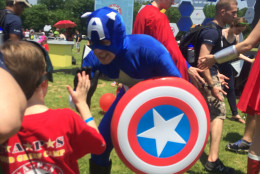 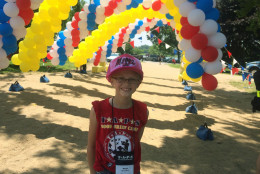 WASHINGTON — Among the shrines of freedom and democracy, on the National Mall, kids of fallen service members gathered Saturday afternoon for a fun-filled picnic.

They played sports and darted from one colorful inflatable game to another. They dined on barbecue and posed for pictures with superheroes.

500 children who have lost parents, grandparents, uncles, aunts or siblings while serving in the Armed Forces were accompanied by 500 men and women who are active duty military personnel serving as mentors to the kids.

“Sometimes it’s only about listening … because that kid may need somebody to talk to,” said Staff Sergeant Daniel Davenport, a 14-year Army veteran who is stationed at Joint Base Anacostia-Bolling and who is currently mentoring three kids who’ve lost a parent in the Iraq and Afghanistan Wars.

He spends time with them, helps guide them and calls them on birthdays.

“I actually went to one of my other kid’s, who is not here, to her high school graduation,” Davenport said.

The event is called Playfield in the Park and it’s sponsored by Yellow Ribbons United and Tragedy Assistance Program for Survivors.

“These children are the legacies of sacrifice for our nation. Freedom isn’t free. We all know there’s a cost that’s paid for the freedoms that we hold so dear,” said Emma Dockery, co-founder with her husband Derrick Dockery, former Washington Redskins guard, of Yellow Ribbons United.

The kids have come to the nation’s capital from across the country to enjoy each other’s company and support each other.

“It helps me because they go through the same thing as I do,” said 9-year-old Messa Kuehl, from Bismark, North Dakota whose dad Army Staff Sgt David Kuehl was killed in Iraq in 2007. 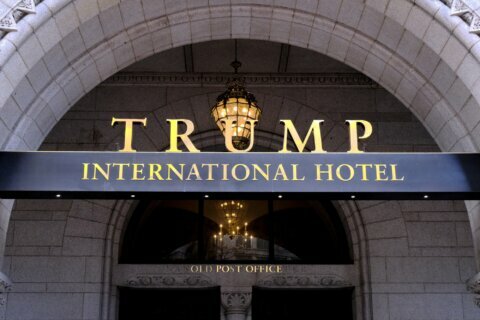