National Archives exhibit shows 11,000 ways the Constitution could have changed 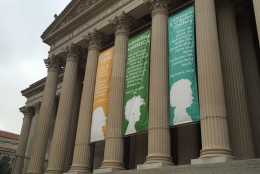 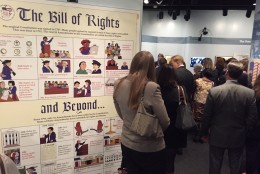 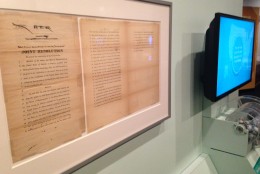 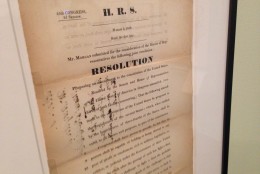 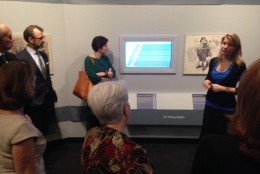 WASHINGTON — A new exhibit open at the National Archives showcases just how the Constitution, and history, could have changed drastically.

It’s Christine Blackerby’s job to find the documents in America’s attic that explain our government.

“I just kept passing by these boxes filled with documents in the stacks of the building,” she says explaining how she came to co-curate the new exhibit.

Inside those boxes were 11,000 amendments that fell short of changing the Constitution, such as the Widows and Spinsters Amendment of 1888.

“They proposed to give the right to vote to only widows and spinsters who didn’t have a husband to represent them,” Blackerby says.

The “Amending America” exhibit also explains how the amendment process works, even if most don’t make it to the U.S. archivist’s desk.

“If the founders didn’t set the bar for ratification so high, we may have an amendment barring public office to anyone who engaged in a duel, or we might be choosing the president of the United States by picking a ball out of a bowl,” archivist David Ferriero says.

After an amendment passes both houses of Congress, and three-fourths of states have ratified it, the archivist of the United States can certify the amendment to become part of the Constitution.

Ferriero joked he wants someone to propose a 28th Amendment so he can have the honor.

“There are so many ways people thought about changing the Constitution, but they never quite got the level of support that you need in order to make an amendment to the Constitution,” she says.

The exhibit that took two years to put together is timed with the 225th anniversary of the ratification of the Bill of Rights.

“So to celebrate that anniversary, we have taken a look at all the amendments to the constitution, not just the first 10 which we know as the Bill of Rights,” Blackerby says.

Along with the amendments on display, volunteers and staff logged the text of all 11,000 failed amendments into www.data.gov, so the public has free “searchable, sortable access for the very first time making a major contribution to online access to the records of our federal government,” Ferriero says.