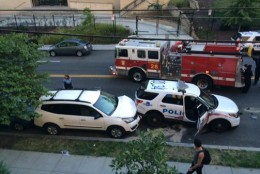 WASHINGTON — A D.C. firefighter and police officer have been taken to the hospital after a head-on crash in D.C. Monday afternoon.

Police say a fire truck had its lights on and was headed to a call when it was involved in a crash on Porter Street in Northwest D.C. at about 3 p.m. A Metropolitan Police Department spokesperson says a car drove in front of the fire truck, causing the fire truck to swerve and strike a police car parked alongside the road.

A police officer who was in the police car was transported to an area hospital as was a firefighter. The police officer had neck and back pain and the firefighter’s injuries are not known at this time. Both are expected to be OK, according to police.

Their names and districts are not yet known,

MPD tells me the fire truck — lights on -swerved to miss another car hitting the parked police car. #WTOP pic.twitter.com/CymR1mBgnY

The crash has caused Porter Street to be closed to traffic between Connecticut Avenue and Beach Drive.

WTOP’s Mike Murillo is at the scene. Stay with WTOP.com for update. 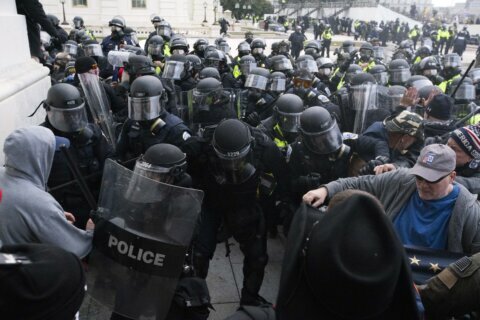