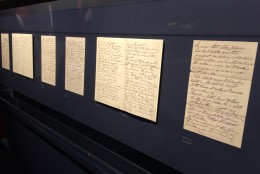 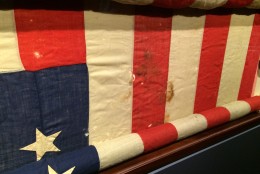 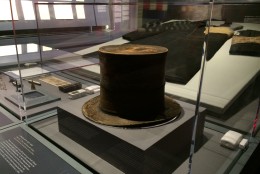 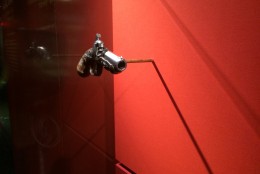 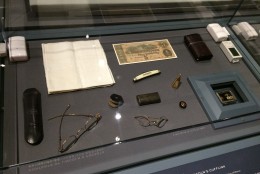 WASHINGTON — President Abraham Lincoln’s top hat sits in a glass case beside the black coat he was wearing 150 years ago at Ford’s Theatre.

Just feet from Lincoln’s clothing is another case containing the small pistol that was wielded by John Wilkes Booth. It’s the gun that changed history.

These items and many others from that night will soon be on display as the nation marks the anniversary of President Lincoln’s death.

“It’s just extraordinary that we have these objects still with us today,” says Paul Tetreault, director of Ford’s Theatre.

“You’re bringing together sort of all of the parties that were so central to that horrific act 150 years ago, and they’re back in this tiny room.”

Artifacts on display include the contents of Lincoln’s pockets, a bloodstained flag from the Presidential Box and a letter from the first doctor to attend to the injured president.

“I think it’s very poignant as we approach the 150th anniversary of Lincoln’s assassination,” said Tracy Avant, curator of exhibitions at Ford’s Theatre.

The exhibit is called “Silent Witnesses: Artifacts of the Lincoln Assassination.”

It runs from March 23 through May 25 at the Center for Education and Leadership, a building directly across the street from Ford’s Theatre.