WASHINGTON (AP) — Marcelino Moreno had a goal and an assist, Josef Martínez scored his seventh goal of the season and Atlanta United beat D.C. United 2-1 on Saturday night.

Brad Guzan had six saves for Atlanta (6-6-9), including a diving deflection in the 86th minute.

Moreno, moving to the right from about 4 yards outside the penalty box, bent a slow roller through a pair of defenders and just inside the far post to make it 2-1 in the 82nd minute.

Martínez, who has scored in each of the last four games, slipped behind the defense and ran onto a through ball played Moreno, shielding off with his backside defender Antonio Alfaro before falling as he rolled a right footer into the corner of the net in the 25th minute.

Yordy Reyna lofted a free kick from near the left sideline that slid under the crossbar, just out of the reach of a leaping Guzan, for D.C. United (8-10-3).

Atlanta United has won four straight after winning just twice in its first 17 matches this season, including a club-record 12-game winless run.

D.C. has lost three in a row following a five-game unbeaten streak and had its four-game home win streak snapped. 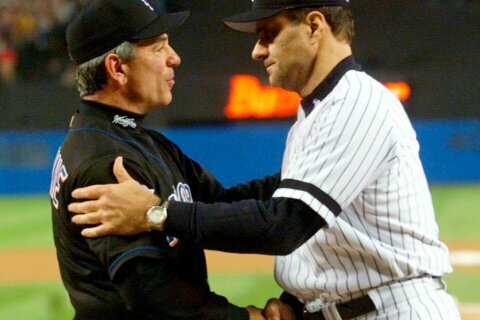