Kevin Paredes scored his first professional goal in the second minute, Griffin Yow and Ola Kamara each had a goal and an assist and D.C. United routed Toronto FC 7-1 on Saturday night to break the franchise goal record.

D.C. United (5-6-1) broke the team record of six and became the 10th team in MLS history to score seven or more goals.

Toronto (1-8-2) is winless in its last seven games, has lost six straight and has lost 12 times with two ties in its last 16 games, including playoffs. The club had just 10 losses in its previous 48 matches dating to May 2019.

The 18-year-old Paredes put away a first-timer off a cross by Andy Najar, Nigel Robertha flicked in a rising left-footer in the ninth minute and United took a 3-0 lead on an own goal by Toronto’s Ralph Priso-Mbongue in the 21st.

Ayo Akinola got Toronto on the board with a half-volley off a ball from Michael Bradley in the 39th minute.

Paul Arriola scored in the 71st and, after Eriq Zavaleta picked up yellow cards in the 75th and 78th minutes, leaving Toronto a man down. 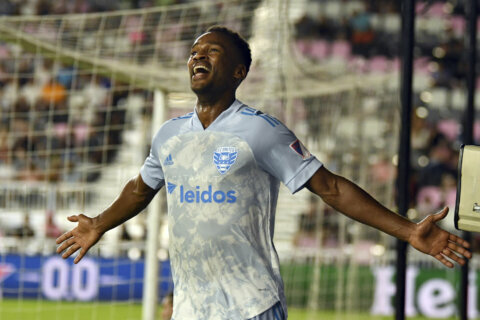 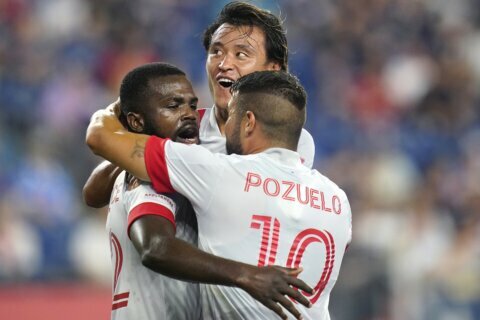