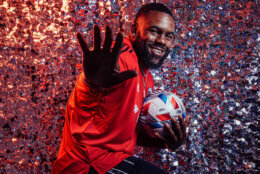 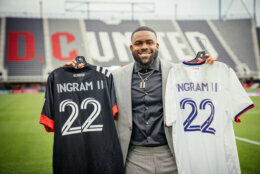 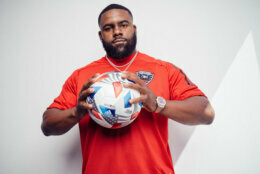 NFL running back Mark Ingram II has scored off the field with the purchase of a minority ownership stake in D.C. United.

Ingram is now with the Houston Texans after spending the last two seasons with the Baltimore Ravens, but the 2009 Heisman Trophy winner is a huge soccer fan.

On Thursday when the U.S. Men’s National Team defeated Honduras 1-0 in the CONCACAF Nation’s League, Ingram tweeted out support during the game.

D.C. United is now valued at $710 million, according to Sportico.

D.C. United is one of the original 10 teams in Major League Soccer from its first season in 1996. As recently as 2007, an expansion franchise in MLS only cost $10 million.

“I wanted to get involved because everyone seemed very genuine,” Ingram said. “Everyone has this desire to make a DC United a championship place and a winning program. I think soccer is going to continue to grow and it is huge that we are hosting the World Cup in 2026.”

When an ownership group, that includes current co-chairman Jason Levien, invested in D.C. United back in 2012, the club was valued at $60 million — but that was before the construction of Audi Field.

“We first spent time with Mark in 2019 and we have built a relationship founded on a set of shared values and a love of sport and community,” said Levien and Steve Kaplan, Co-Chairmen of D.C. United.

“Mark’s track record at the highest levels of both collegiate and professional sports and the perspective that he brings is a valued addition to our ownership group and we look forward to having him as our partner.”

The Nets’ Kevin Durant is now one of the owners of the Philadelphia Union and his teammate James Harden is an investor in the Houston Dynamo.

NFL quarterback Russell Wilson is a part-owner of the Seattle Sounders. 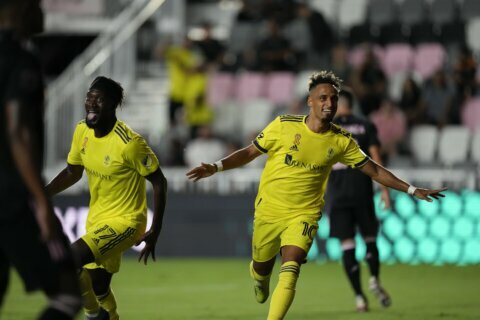