The 24-year-old star is being targeted by some of the biggest clubs in Europe for a possible eight-figure transfer fee.
Listen now to WTOP News WTOP.com | Alexa | Google Home | WTOP App | 103.5 FM

Other clubs in the English Premier League, including Manchester City, have also expressed interest in Acosta, WTOP confirmed.

The Athletic reported earlier on Wednesday that United had turned down an $6.2 million transfer offer from Saudi Arabian club Al-Ahli within the past month (The Washington Post reported the offer as $7.5 million), and that the team was working on extending Acosta on a new four-year contract worth $8 million. The 24-year-old Argentine was in the final year of his contract in D.C. after making $652,000 last season.

Acosta flourished after the addition of Wayne Rooney last summer, scoring nine of his 10 goals and 10 of his 17 assists after the English striker arrived in D.C. Both were named to the MLS Best XI and were considered to be the core of United’s attack heading into 2019.

UPDATE: The transfer window closed without a deal getting done, leaving Acosta under contract with D.C. United for this year. There has been no further word about a possible extension in D.C. PSG striker Neymar out for about 10 weeks with foot injury 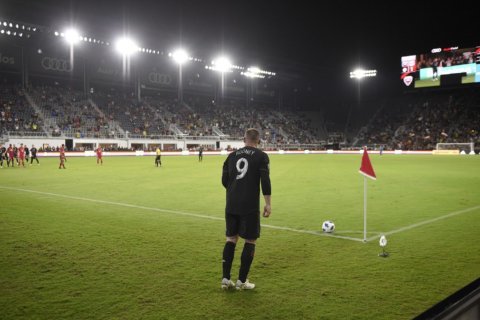