For those who love to tailgate in D.C., the pregame activities at RFK before D.C. United games are the only remaining option within the District limits.
Listen now to WTOP News WTOP.com | Alexa | Google Home | WTOP App | 103.5 FM
(1/7) 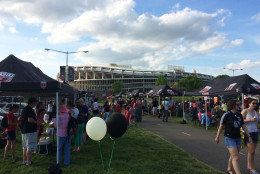 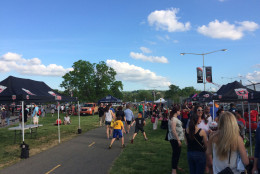 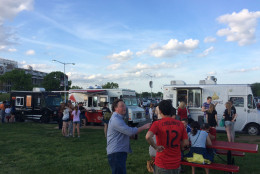 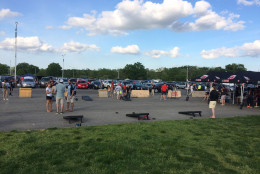 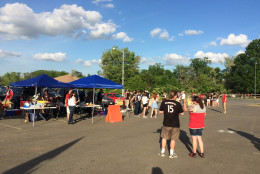 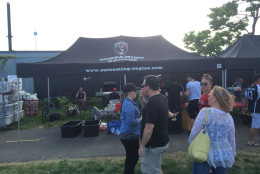 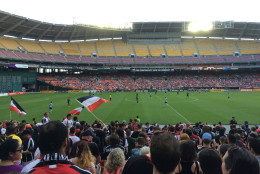 WASHINGTON — Tailgating is as much a part of sports tradition as the game itself for many fans. But for those who love to tailgate in D.C., the pregame activities at RFK before D.C. United games are the only remaining option within the District limits.

Sure, the Redskins still have an active tailgating culture, if you’re willing to travel to Landover, Maryland. But ever since the Nationals put the quash on the last vestige of grilling out before baseball games, United has stood as the last bastion of such a social gathering in D.C. It’s one of the aspects of the game day experience that has differentiated United games from the rest of the sporting scene, the one that gives it a sense of community above the rest.

Every weekend home game, the supporters clubs arrive several hours early, set up shop, and begin to mingle in Lot 8, through the tunnel under Independence Avenue to the south of the stadium, hugging the banks of the Anacostia. They have their different sections — Barra Brava, the Screaming Eagles, the newer District Ultras and La Norte — but it’s no matter whether you are affiliated with any individual group or just freelancing,

The experience is as much a part of the game day culture as the cheering, chanting and singing that will occupy the march to the stadium, the full 90 minutes of play, halftime in the bowels of the concrete bowl, and after the game.

“For me and the supporters groups, it’s a good time before the game for everybody to get together, have a good time,” says Jeff Fasceski, a member of Screaming Eagles, who helps organize the tailgates. “We eat, we drink, we talk soccer, and we kind of get ramped up for the game. We have a unified front, we go in, we’re all yelling, we’re singing, we’re cheering the whole game, good, bad or indifferent.”

But the tailgate also serves as the primary method of recruiting new fans to become part of the legion of a supporters group, and potentially a new season-ticket holder. Fasceski himself first showed up during the 1999 season and was hooked. He’s been a season-ticket holder ever since.

On this spotless mid-May afternoon, even when pitted against a Wizards home playoff game and a 4:05 p.m. start at Nationals Park against the rival Braves, the crowd is filling in nicely in Lot 8 in the hours before the 7 p.m. kick. D.C. United COO Tom Hunt says that despite a leaguewide attendance bump of about 3 percent, the club has enjoyed a close to 20 percent rise in ticket sales this season, coming off a first place finish in 2014. He fully recognizes the importance of strong supporters groups in driving those numbers.

“Absolutely, the supporters are so critical to our success,” Hunt says. “They’re standing, chanting, singing for 90 minutes. It’s unlike anything else in sports you can find.”

Hunt would know. He’s worked for each of the other major sporting leagues in one capacity or another, between both coasts. Having seen firsthand how important the tailgate culture is at a place like the Oakland Coliseum, he recognizes how hand-in-hand it exists at RFK.

“I think at RFK it’s critical to the experience, not having all the same amenities as a place like Nationals Park,” Hunt says. “People can engage, have the connections that they have. It’s part of the community that makes up the heart and soul of the team.”

And even while there are multiple groups, each one exists for ultimately the same purpose — to grow the supporter base for the club. Fasceski recognizes that whatever differences they may appear to have, they are all working toward the same goal.

“In the past few years, a few of them have actually started to coordinate, work well together,” he says. “At the end of the day, we just want to support the team.”

And while the team and supporters clubs alike are thrilled at the prospect of the new stadium at Buzzard Point coming to fruition in 2017, the new facility opens as-of-yet unanswered questions about the future of the tailgate culture. Without the massive open spaces that Lot 8 provides, both sides are actively looking, even in this early stage of the process, of how to ensure that this tradition isn’t lost in the move.

“I was involved in some talks last year before everything was officially announced to get the legislation through, and their plan,” says Fasceski. “It was good that the team talked with the supporter’s groups to kind of give them a heads up of what’s going on, what the next one-year, two-year, three-year plan is, and get feedback of what they want.”

Of course, that doesn’t mean things will be exactly the same.

“Unfortunately, we were told, worst-case scenario, that we wouldn’t have an area to do our tailgates like we’re doing now,” says Fasceski.

There are still final hoops to jump through with the city before substantive discussions can really even take place on such issues. But this particular one is front and center for team management.

“We’re really early on in terms of talking about how do we replicate the experience,” says Hunt. “But it’s a very high priority, high on our radar. All of that will be critical to having an incredible game day experience.”

The Buzzard Point neighborhood offers opportunities for new spaces as well, in addition to the land on which the new stadium will sit.

“At this point, we believe it’s wide open space,” Hunt says. “We’ve got 14 acres, so there are unique things we’ll be able to do. We just have to figure out what we can do with it.”

Whether it’s closer to what they currently enjoy, or some combination of team-provided space along with partnerships with local establishments, Fasceski says he’ll make the best of the circumstances as they evolve.

“Hopefully we can get everything we want,” he says. “But whatever we can get, we’ll gladly take. And we’ll work with it. Because at the end of the day, we’re here to support the team and make sure our members have a good time.” 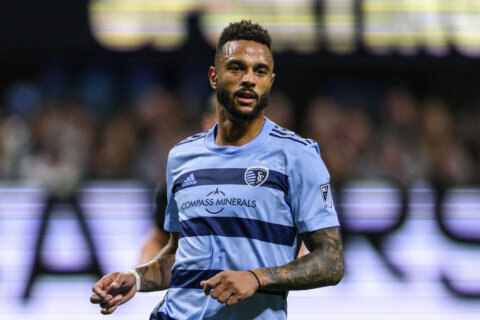