In comments filed in the closing days of a public feedback period, the organizations said the capital region’s economy and quality of life are being hurt by clogged roads and long commutes — and that Hogan’s plan to build variably-priced “express toll lanes” will bring relief at “no cost” to taxpayers.

“By realistically presenting the best-case, mid-range, and worst-case scenarios and cost estimates, the [Draft Environmental Impact Statement] also indicated that this [public-private partnership] Program can be delivered with no public subsidy, at no net cost to taxpayers, and in all likelihood, a large public taxpayer surplus for the State of Maryland,” wrote AAA Mid-Atlantic.

“Studies have shown that these improvements will dramatically reduce congestion and delays by 34% over the next 20 years, saving an average of 72 hours for commuters annually,” the auto club added.

Alternative 9, one of several design options studied by traffic analysts, would add two “managed lanes” in each direction on the Capital Beltway from the American Legion Bridge east to Interstate 270. Four new lanes would also be built along I-270 from the Beltway north to I-370.

All three groups said that expected increases in the capital region’s population — compiled before the COVID-19 pandemic — underscore the need to expand transportation capacity now, and to do so while interest rates are low and people needs jobs.

“Traffic is forecast to grow much worse between now and 2040, as another 1.2 million people are projected to be living here by then, and using our already outdated and overburdened transportation networks,” SMTA wrote.

The groups dismissed the dramatic rise in telework brought on by the pandemic, which many industry analysts expect to continue indefinitely, at some level, even after a COVID-19 vaccine arrives.

“It is not so much a matter of if the region’s workforce will return to their worksites, but when,” AAA wrote.

SMTA even suggested that the virus will lead to an increase in traffic, as commuters shun “shared public spaces” like buses and subways. The group said “there is no indication” that traffic projections for 2040 will be impacted by the pandemic “or any changes in telework patterns, even if they prove lasting.”

In an interview, former Gov. Parris N. Glendening (D) said such comments demean the public debate over how to expand mobility without harming the environment. “Too much of the debate focuses on a straw-man type argument. I don’t know anyone who is saying ‘do nothing.’”

“I’ve been in the same traffic jams as most of the people who live in this region,” said Glendening, president of Smart Growth America, a nonprofit that advocates for transit-oriented development and investment in cities.

“There are major alternatives” to the plan advanced by Hogan and his former transportation secretary Pete K. Rahn, Glendening added.

AAA Mid-Atlantic accused critics of Hogan’s plan of wanting to block the planned new lanes so that commuters would be forced to sit in traffic.

“Unfortunately, many vocal opponents of the I-495 and the I-270 P3 Program are a firm no and never,” the auto club wrote. “They seem to derive pleasure from motorists’ misery. It seems they get a kick out of it.”

“That’s absolutely untrue. Absolutely not,” he said. “I and many of the other opponents have worked for 30 years to build the Purple Line [light rail project] so that we wouldn’t have to sit in traffic.”

When state lawmakers representing upper Montgomery and Frederick counties started to delve into the massive draft environmental review of Hogan’s plan, they were dismayed to learn that home-bound I-270 commuters who can’t afford — or opt not to use — the state’s new toll lanes would see their travel times grow.

Critics say the delays would be triggered by the creation of an even bigger checkpoint north of MD 124, where afternoon and evening slowdowns have long been a headache because the lanes narrow from six to two.

State Sens. Susan C. Lee (D-Montgomery) and Ron Young (D-Frederick) asked the State Highway Administration to produce data that would shed light on the impact toll lanes would have on Frederick motorists who commute to Northern Virginia.

Critics of Hogan’s plan said Tuesday that the intricate, four-page travel-time chart that SHA provided the lawmakers in late October should have been part of the DEIS — and outside observers agreed.

“I’m surprised that travel time charts aren’t a part of the Draft EIS or its technical appendices for a proposed highway project,” said Bauman, a Washington, D.C. attorney who is considered a leading expert on the National Environmental Policy Act, a law that guides federal review of major construction projects.

“Now that such chart or charts apparently have been prepared by the government, the lead federal agency can certainly re-open the public comment period for, say, 15 or 30 days in order to receive further pertinent comment prior to its preparation of the Final EIS and Record of Decision.”

The traffic-time table shows the impact express toll lanes would have on motorists who drive from Georgetown Pike, on the Virginia side of the American Legion Bridge, all the way up I-270 to MD 85 in Frederick, 24 miles north of the end of the study area.

Ross said such data should have been included in the DEIS. “Proponents of this project say that its whole purpose is to move cars faster. How can you write a 19,000-page document about it and not give all the details?”

The Maryland Sierra Club and 50 other environmental and civic organizations released a 200-page scientific and legal analysis on Tuesday that laid out what the groups claim to be numerous deficiencies with the state’s approach.

The groups called on MDOT to start over, with a process more geared toward reducing traffic, protecting the environment and safeguarding public health.

Montgomery County’s top local elected leaders continue to find fault with Hogan’s approach to traffic relief. There are many vocal critics in the county’s Annapolis delegation and among its municipal leaders. The commissioners and staff at the bi-county planning agency, the Maryland-National Capital Planning Commission, have also faulted MDOT’s decision-making and unwillingness to share information.

All filed letters against the project as it is currently designed, as did the National Capital Planning Commission.

“What the state has presented thus far is inadequate,” said Montgomery County Council President Sidney Katz (D) in a statement. “We are calling for them to go back and reevaluate the alternatives, the environmental impacts and the cost/benefit analysis. Congestion reduction remains a top priority for us but we must be certain that we are accomplishing this in the best way possible.”

“We all agree that congestion issues on I-495, I-270 and nearby roadways need attention and improvement,” he said in a statement. “The recommendations that we have put forward provide the state with some very effective solutions that should be considered and ultimately adopted.”

Elrich and many planners believe the state could reduce traffic on the Beltway by luring more motorists onto the Intercounty Connector highway, which links Gaithersburg to Laurel.

Despite the contention from business groups that Maryland must add lane capacity to Montgomery’s main highways, critics maintain there is risk in getting enmeshed in another P3 — particularly given the near-collapse of the Purple Line, a privately-funded, half-built project that Glendening called “a fiasco.”

“It is a fiasco that is damaging both the process and the project,” he added. “It sounds to me as if this is a hellbent approach that says let’s get this thing approved and under construction before there is a change in administrations. I think that’s wrong and I think we’re going to end up with the same series of blunders.”

The former governor, who does international consulting on development and transportation, said the state should focus on the “five or six” proven ways of moving people more efficiently, reducing pollution and minimizing the need to acquire parks and other land.

“Adding more lanes and thinking somehow that’s going to reduce congestion and solve the problem is just nonsense in terms of every study we have,” he said.

Other critics scoffed at the business groups’ notion that the state’s P3 approach will generate new lanes “at no net cost to taxpayers” and with a “likely” surplus.

They point to the estimates that WSSC Water will need to spend $1 billion moving underground pipes and the collapse of high-profile P3 projects around the globe, among other issues.

“Earth to Mars: The advocates of this misguided scheme cling to empty promises and delusional optimism,” said Gary V. Hodge, vice chairman of the Maryland Transit Opportunities Coalition. “If they had read the fine print of the 20,000-page DEIS, which our experts have, and paid attention to the track-record of P3s, they would know this project is teetering on the brink of collapse.”

The Montgomery County Chamber of Commerce declined to submit a formal statement on the state’s highway-widening plan. 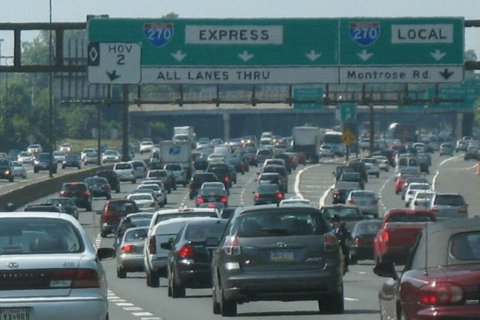 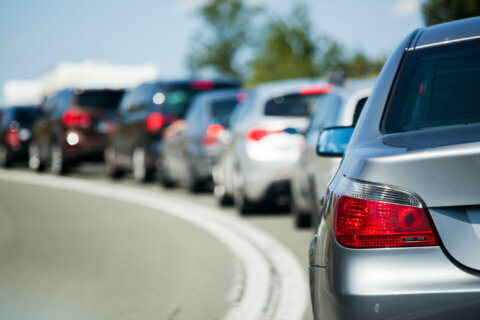