Starting Tuesday and possibly through next May, work to fix the right lane on the westbound span will prevent the reversals that allow for an extra lane to serve traffic in the busiest direction.
Listen now to WTOP News WTOP.com | Alexa | Google Home | WTOP App | 103.5 FM

More than two years of major construction delays kick off Tuesday at the Bay Bridge with the suspension of two-way operations.

From Sept. 24 through as late as May 2020, and then again during a similar period from fall 2020 to spring 2021, work to fix the right lane on the westbound span will prevent the reversals that allow for an extra lane to serve traffic in the busiest direction.

The Maryland Transportation Authority expects normal Bay Bridge operations during the busiest times between Memorial Day and Labor Day each year, but major delays at other times, including off-peak hours.

Work will replace the road surface in the right lane of the westbound span, make other repairs and replace the current lane-use signals.

Some drivers who try to shift their trips to less-busy times might also see some delays, given ongoing overnight closures of one span or the other to set up the work zone and to do other regular maintenance.

Maryland is planning to build a third span at the Bay Bridge in the future near the two existing spans. Two other locations for the crossing, as well as the option of not building an additional bridge, technically remain under consideration.

A formal recommendation on the corridor for a new bridge crossing is expected in late 2020, but any actual construction would still require several more rounds of study and funding plans. 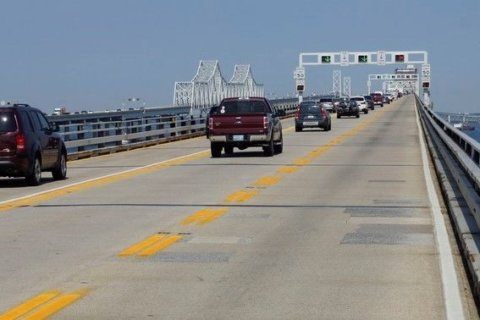 Tolls to start on I-395 in November 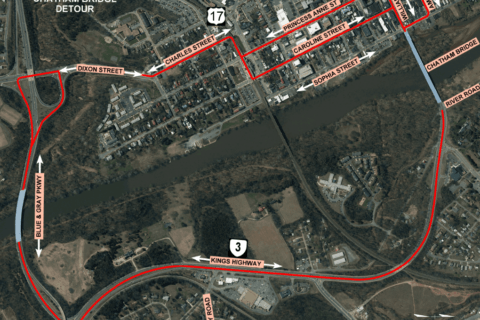