DC region pushes back on plan to overhaul bus service

D.C. regional leaders are slamming plans for major changes to bus systems as falling far short of what's needed to persuade drivers to get out of traffic.

Regional leaders are slamming plans for major changes to the region’s bus systems as falling far short of what’s needed to persuade drivers to get out of traffic, instead suggesting that changes would simply create major burdens on D.C.-area taxpayers.

But officials from across D.C., Maryland and Virginia raise concerns about people being left behind, a reliance on incomplete data, a lack of public input and many other recommendations that either would be impossible to meet or lack enough detail to truly implement.

“While the recommendations … are necessary, I question whether they are sufficient to encourage transit use by drive-alone travelers who rarely ride transit,” wrote Monica Backmon, executive director of the Northern Virginia Transportation Authority.

Even so, the recommendations alone could create millions of dollars or more in new demands on local government budgets.

In a letter, the Fairfax County Department of Transportation said Metro is using many of the proposed changes simply as a way to move “the cost of service from one side of the ledger to the other, instead of making fundamental changes to WMATA’s cost structure.”

The county and many other jurisdictions are already stretched thin by existing Metro funding commitments.

Prince George’s County, Maryland, for example, said there is no way it could handle taking over dozens of routes from Metrobus as suggested in the study, because the county’s current TheBus service already has significant needs to replace old vehicles and expand service.

The county also cited years of service reductions that residents have already had to adjust to, without additional service in areas south of Fort Washington and Clinton.

A limited public survey and comment period as part of the study highlighted dedicated bus lanes, the need to run more buses and lower fares as among riders’ top priorities.

“Communication and public engagement on this project needs to be significantly enhanced. A single forum has been held in Montgomery County [Maryland], which is simply not sufficient,” Prince George’s County wrote.

Montgomery County calls the study too limited — not seeking to make big enough changes, and selling the current bus system short and not really looking at future needs.

“The statements regarding the current state of the transit system are exaggerated to the negative,” the county wrote. “It appears that this strategy is focused on shifting a budget shortfall off WMATA’s balance sheet and little else.”

Alexandria, Virginia, questioned the data behind the recommended transfer of bus routes to local governments that are already paying Metro for the services, because the cost savings cited in the study “do not reflect actual costs,” and do not include the need to build additional garages and buy more buses if service is dumped on local providers.

Metro is the only agency in the region with the buses and bus garages necessary to run many of the current routes.

Buses carry about 40% of transit riders in the D.C. region, despite the consistent marketing focus on Metrorail.

Fairfax County, Virginia, is among the few jurisdictions willing to absorb significantly more Metrobus routes into Fairfax Connector, but it does not want to transfer any local routes to Metro for operation, and would need a significant amount of time to prepare.

“To exclude operators from these areas from participation in these regional efforts seems, at best, shortsighted,” wrote OmniRide, which serves Prince William County.

“Additional study is necessary to fulfill the recommendations of the LaHood report and ensure that implementation of a ‘bus reset’ is comprehensive and can be supported by all of the stakeholders,” wrote Jennifer Mitchell, director of the Virginia Department of Rail and Public Transportation.

The report by former U.S. Transportation Secretary Ray LaHood was paid for by Virginia ahead of dedicated funding discussions. It recommended that Metro cut bus service to save money.

The District Department of Transportation supports some measures it acknowledges may be costly, such as discounts for low-income riders and a free bus ride for trips to get on Metrorail. DDOT also supports expanded marketing efforts.

“Bus transit cannot overcome decades of stigmatization as a need-based service for transit-dependent riders as opposed to being a transit service of choice, unless WMATA (and the region) begins to treat Metrorail and Metrobus services with similar attention to branding and advertising,” DDOT wrote.

Arlington County, Virginia, argues Metro should already have had regional bus plans and should never have stopped reporting on bus performance back in 2015.

“Many of the strategies listed are not practical,” Arlington wrote, calling many of the recommendations an overreach by Metro consultants into realms best left to regional leaders on existing regional bodies.

The Metro Board is due to get its first presentation Thursday on the Bus Transformation Project’s draft recommendations. The recommendations are due to be finalized this fall, and Metro had hoped to begin implementing some of the changes starting as soon as next year.

Many of the jurisdictions oppose any new body to oversee whatever final bus changes are suggested, saying that it’s best left to Metro or the region’s Council of Governments.

Northern Virginia officials are pushing for a potential pilot in certain areas — possibly to or from Tysons — to demonstrate some of the bus improvements that could attract new riders in areas that are rapidly or densely developing.

The D.C. Office of Planning wants a similar focus on the benefits buses can bring, with more details on how things can change in the future as more people telework or use services such as Uber or Lyft.

Adding bus lanes or other improvements in many parts of the area to make those service improvements a reality, however, is complicated by the variety of agencies in charge of the roads.

“VDOT should have been an active participant in this project, since they control the majority of roadways in Virginia,” Fairfax County wrote.

The differences in urban, suburban and more-rural areas also complicates any plans for fixed standards across the region.

Using smartphone as SmarTrip is still in the cards for Metro, but other transit agencies are getting antsy New
Some DC-area universities calling students back from China 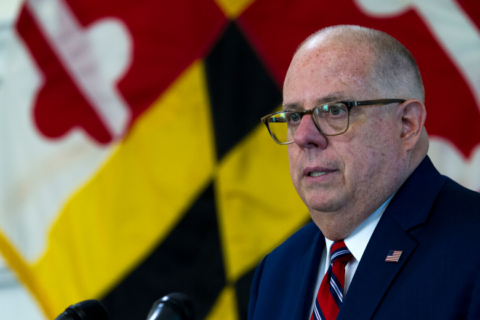 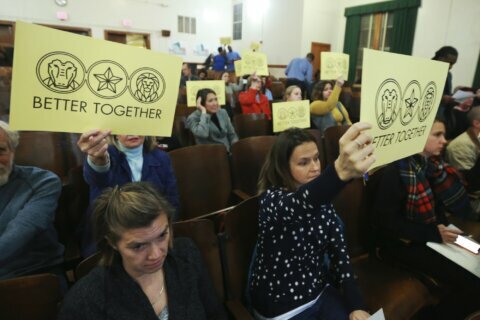