There has been heated discussion of the plans for the rebuilt Nice-Middleton Bridge connecting Maryland and Virginia on U.S. 301 ahead of a vote next month required for the project to move forward.
Listen now to WTOP News WTOP.com | Alexa | Google Home | WTOP App | 103.5 FM

A significant debate over putting cyclists in with highway-speed traffic over the Potomac River could come to a head next month.

There has been heated discussion of the plans for the rebuilt Nice-Middleton Bridge connecting Maryland and Virginia on U.S. 301 at the past two regional Transportation Planning Board meetings, including one Wednesday, ahead of a vote next month required for the project to move forward.

Maryland has cut an originally planned bike path/sidewalk next to the two lanes in each direction, and also cut shoulders from the new bridge plan to save money.

Other changes to shorten the bridge will also make it steeper than the current structure, which only provides one lane each way.

As a concession last year after significant regional concerns about the changes, the state allowed bidders to offer details about a narrowed but still separated bike and pedestrian path in their bids. The Maryland Transportation Authority expects bids on the project to be complete in July and August, with a design-build contractor selected this fall.

The new bridge will be just north of the existing bridge. It is expected to be about 1,000-feet shorter (in length), but steeper than the current structure.

“We understand that there’s some concerns about how this will operate,” said Acting Maryland Transportation Authority Chief Engineer Will Pines.

But he cites bikes allowed to ride in traffic lanes at the Hatem Bridge and over the Conowingo Dam as evidence sharing lanes is doable. He promised the Transportation Planning Board there would be signs warning drivers of bikes in the lanes.

The state has declined to use the cost savings from the construction cuts to pay to keep up the existing bridge as a fishing pier and bike and pedestrian path, and Charles County does not have the $50 million in today’s dollars to do it themselves, county Planning Director Jason Groth said.

“The county remains strong — and we’ve made the same comments since 2009 — that we would like to see separated bike lanes on this bridge,” he said. “One thing that’s key to remember for this particular project is it is a 100-year long bridge. We’re not going to see it rebuilt again.”

State transportation officials have not met with Charles County leaders to talk about the project, Groth said.

“All of our conversation has either been through a letter or here at TPB on this matter,” he said. “I strongly urge MDTA and MDOT to come discuss this item with us, because we are the jurisdiction that is most greatly affected by the decision made on this alternative.”

Rockville Mayor Bridget Newton was not optimistic. “I hope you get a meeting sir. We have not been so lucky on 270,” Newton said. She called it “short-sighted” to not build a separated path.

Bike advocates, such as Champe Burnley of the Virginia Bicycling Federation, agree. “The existing Nice Bridge is 80 years old, and we’re going to make a decision here that’s going to last well into the 22nd century,” Burnley said.

Charles County is considering increased development, and hopes for an increase in visitors if people choose to come bike over the bridge.

On the Virginia side, it could connect to an extended Dahlgren Trail and state park. Without the separate path, even Burnley would be worried about riding over the river in a shared lane.

“I’m a pretty experienced cyclist, and, quite frankly, I don’t think I would ride on that because with 60 mph trucks and cars going through there, not only would I not feel safe, I don’t think anybody would. And I ask you, would you want your spouse, your child, your grandchild riding on that road? I think you probably wouldn’t,” Burnley said.

Maryland Deputy Transportation Secretary Earl Lewis expects more details in the fall. “We can’t guarantee a barrier separated facility. We can guarantee that there will definitely be accommodations for bicycles,” he said.

Maryland is responsible for the bridge since all land up to the Virginia bank of the river belongs to the Old Line State. 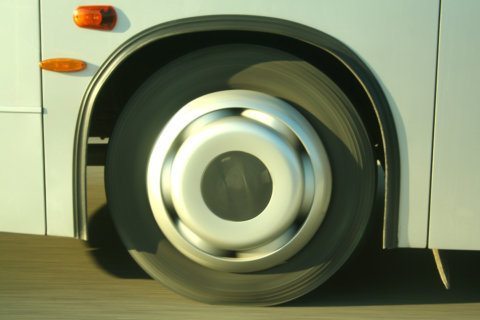