WASHINGTON — New security technology that can help detect if a would-be terrorist is wearing an explosive suicide vest was tested Wednesday morning as commuters teemed through Union Station.

In a crowded corridor, passengers and shoppers walked by new portable screening equipment, which was being tested by Amtrak police, working with the Transportation Security Administration.

“The technology we’re testing today would be able to tell if anything is hidden under your clothing, from a remote distance,” said Jim Bamberger, branch chief of operations in the Homeland Security Department’s risk analysis division.

“Last fall, we had a suicide bomber attempt at Penn Station in New York,” said Bamberger. “This technology we’re testing today would be able to detect that.”

In December 2017, a would-be suicide bomber set off the device during New York’s rush hour, but it was not powerful enough to turn the pipe into deadly shrapnel.

Bamberger said the passive system emits no radiation. “It merely collects the natural waves or energy that come off your body, and shows where that’s being blocked” by explosives or a weapon. 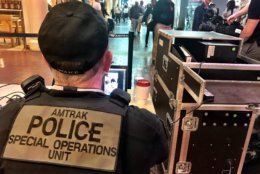 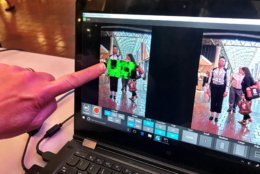 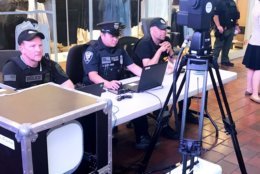 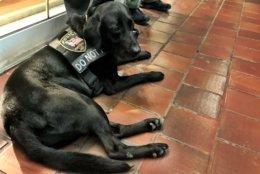 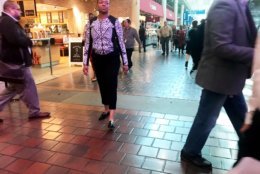 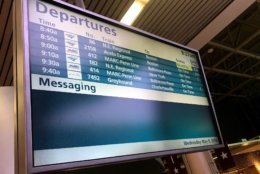 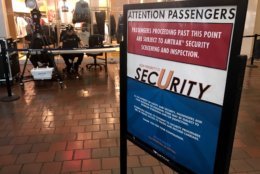 “If I had a vest or weapon under my clothing, it would show what’s being blocked and allow me to move to secondary-screening procedures,” he said.

Security is different for air travelers than for those using surface transportation modes, including trains and buses, Bamberger said.

“The airport has very precise screening lines, and everyone is screened,” said Bamberger. “Here, in Union Station, there’s massive movement from all directions of a lot of people.”

“Typical airline screening wouldn’t be practical [here], since it would slow down the movement,” he said.

“If you want to get somewhere quickly, you can’t really back people up in a queue,” Farbstein said.

In addition, the portability of the screening devices being tested means they can be used in different locations. “Body scanners in airports are bolted to the floor, and they weigh a ton,” she said. “These can be moved by one person.”

“It gives an operator, like Amtrak police, the ability to test-drive the equipment in their own environment,” he said. “If they like it, they can buy it” for approximately $100,000 per unit.