WASHINGTON — MARC says full Brunswick Line service will resume this afternoon, including trains it earlier said would not run.

CSX has repaired its infrastructure and flood waters have begun to recede.

MARC’s passenger trains have only been operating to Point of Rocks since the flooding, according to the Maryland Transit Administration.

MTA said 20 railcars and four locomotives were removed from the Brunswick Yard Thursday, preventing damage that would have rendered the MARC cars out of service for 6 to 8 months.

Only one MARC train ran its regular route from Martinsburg to Union Station on Monday morning, according to the train service. Monday afternoon, all three trains normally scheduled to run to Martinsburg are expected to make their trip, as planned. 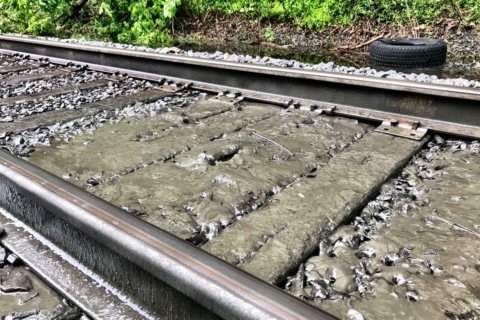