Virginia officials say that the number of crashes and deaths related to drivers distracted by mobile devices is almost on par with those related to drunken driving -- and probably higher than reported.
Listen now to WTOP News WTOP.com | Alexa | Google Home | WTOP App | 103.5 FM

WASHINGTON — There were 843 traffic deaths in Virginia last year, and officials point to an alarming trend in the circumstances surrounding those fatal crashes.

There were 248 deaths linked to drunk driving in Virginia last year. There were 208 fatalities resulting from crashes in which distracted driving was determined to be a factor, but officials think the actual number is more grim.

“Distracted driving is becoming a serious epidemic as it relates to safety on our roadways. And 208 are only the numbers that [police] could identify. As we all know, that number is probably much higher,” Elliott said.

In 2017, more than 15,000 injuries came from the 26,000-plus crashes that involved “self-reported” distracted driving, the Virginia Department of Motor Vehicles said. The real number of causalities remains unclear.

Bishop said that unless swift action is taken, he believes the number of deaths linked to driver distraction will surpass alcohol-related traffic deaths in the near future.

With the number of crashes found to involve driver distraction continuing to rise, the Virginia DMV is partnering with public safety and homeland security officials to curb the upward trend in traffic fatalities.

“Awareness of the issue really is one small way that we’re trying to combat distracted driving. … We’re fighting against a very strong impulse, which is the impulse to pick up that phone,” Bishop said.

Legislation introduced in 2017 authorized the DMV commissioner to begin offering license plates that support highway safety, with a focus on distracted driving. An awareness campaign late last year aimed at high school students generated nearly 200 design submissions for the new plates. The winner will be announced on April 18 in conjunction with Distracted Driving Awareness Month.

During the second week of the month, variable electronic message signs will flash messages reminding drivers to drive safely and courteously through work zones. Virginia State Police also plan to enhance enforcement in a number of long-term work zones on interstate highways late in the week. Twelve people were killed in work zone crashes in 2017. 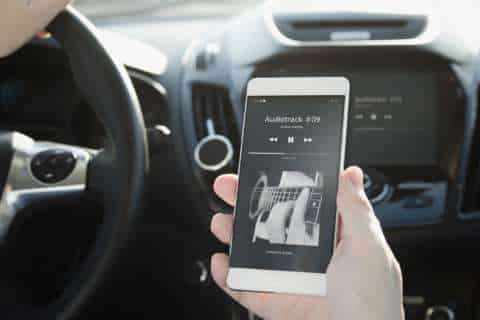