Fairfax County police tweeted that a senior citizen ended up on the tracks after making a wrong turn, but he wasn't injured.
(1/4) 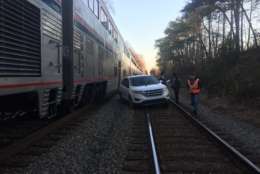 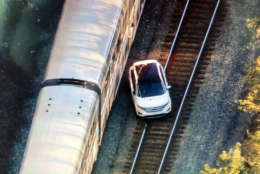 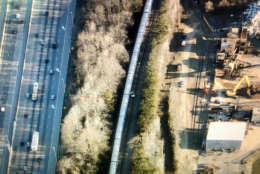 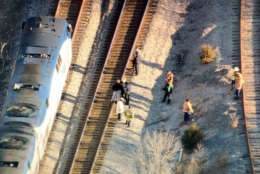 Amtrak told WTOP that the incident happened just after 7 a.m.

Fairfax County police tweeted that a senior citizen ended up on the tracks after making a wrong turn, but he wasn’t injured.

“VERY CLOSE CALL,” the tweet said, noting that the car only got sideswiped.

An Amtrak spokesman said that there were no injuries to passengers or crew.

Around 9 a.m., VRE said buses had started picking up passengers stuck at the Rippon and Quantico stations.

VRE said passengers who were not on trains should find an alternate way to work. Metro is honoring VRE tickets.

Amtrak said via Twitter later Tuesday morning that Train 67 would terminate at Richmond’s Staples Mill Road station, and Train 66 would begin there. Buses would be available for people looking to get on or off either train between Richmond and Newport News.