Driving to or through Reagan National Airport is expected to include detours and delays for at least the next year, as construction ramps up next week on two new security checkpoint buildings.
Listen now to WTOP News WTOP.com | Alexa | Google Home | WTOP App | 103.5 FM

REAGAN NATIONAL AIRPORT — Driving to or through Reagan National Airport is expected to include detours and delays for at least the next year, as construction ramps up next week on two new security checkpoint buildings.

At the busiest times, the delays could lead to backups on the George Washington Parkway. The Metropolitan Washington Airports Authority hopes to limit delays on the busiest holidays such as Thanksgiving, but expects work to continue at other times.

The eight lanes normally available on the lower level could be reduced to two lanes in some stretches, as dozens of columns and beams are set over the coming year.

Starting next week, crews will create cut-throughs in the median on the lower arrivals level roadway, the authority is set to announce Friday. The cut-throughs will be used as part of zigzag detours when either taxi lanes or the general lanes in front of Terminal B/C are closed during construction.

The first major delays are expected to start as soon as late March, when a stretch of two lanes closes for about a month in the area where regular drivers typically go to pick up friends and family.

Similar long-term lane closures are scheduled to be common over the next year until the new security checkpoint buildings are fully enclosed.

During the work, some stretches of pickup lanes are expected to be designated as no-stopping zones in the hope of keeping traffic moving. Uber and Lyft pickups could also be moved to the upper level.

The airport is lowering the speed limit to 15 mph in the work area for the next year.

Until major lane closures begin, work over the next few weeks is scheduled to be largely focused on the slowest times for taxi and other car pickups from the airport — midnight to 9 a.m.

“We have police officers that will be dedicated to this project, who know traffic patterns well, and work with the public well, and will be focused on keeping traffic moving as much as possible through this area when conditions are challenging,” Metropolitan Washington Airports Authority spokesman Rob Yingling said.

They will be mainly deployed during the closures with the greatest impact that run 24/7.

“We’ll also be asking for the public’s help in changing the way they use the airport to reduce congestion as well,” Yingling said.

Alternatives include Metro, using the upper level departures roadway to pick up a loved one at night when there are few people checking in for flights, or meeting in one of the parking garages.

The airports authority is considering changes to parking fees, such as waiving fees for the first hour, that would make a garage pickup a more attractive option and reduce the number of cars stopped along the arrivals roadway.

For those who think Metro is not an option even during times when the system is open, Yingling suggested taking Metro a stop or two in either direction to get picked up at stations such as Braddock Road or Pentagon City, so drivers can avoid some of the traffic.

The roadway system is expected to largely get back to normal congestion levels by the spring of 2019.

At the end of construction in 2020, two new security checkpoint structures will open between the Metro tracks and what is now called Terminal B/C.

The checkpoints will be on the same level as the bridges connecting Metro and the parking garage to the terminal, but the structure will be taller to allow light in.

Each of the new 50,000 square-foot security buildings will cover about a quarter of the length of the main terminal. They will host ticketing kiosks, some new concession space, some seating areas that will be outside the secure area, and plenty of room for security lines. Existing ticketing inside the terminal will remain, but passengers will need to double back to go through security.

Each building will have room for up to 14 security checkpoints, for a total of 28. Today, the terminal has room for 20.

The existing security checkpoints in the terminal will be removed, and the glass-enclosed area known as National Hall will be restricted to only those who have gone through security.

On the upper, ticketing level in the main terminal, the airport will put in high transparent dividers and mesh to create a floor-to-ceiling seal to prevent anyone from throwing anything into what will now be a secure area below.

A separate, new regional concourse, which is currently under construction in hopes to eliminate the dreaded buses of Gate 35X, will also be in the single secure area. Terminal A will continue to have the existing, separate security checkpoint.

The airport could change the names or naming structure of the terminals and gates by the time the regional concourse opens in 2021. At Reagan National, the gates are numbered consecutively, with no terminal identifier. 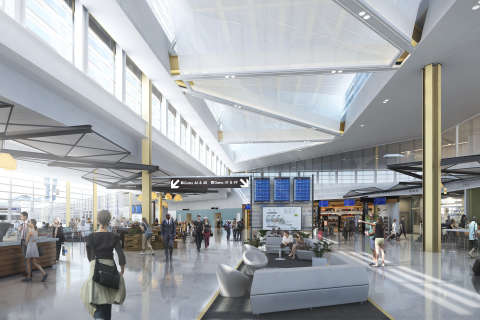 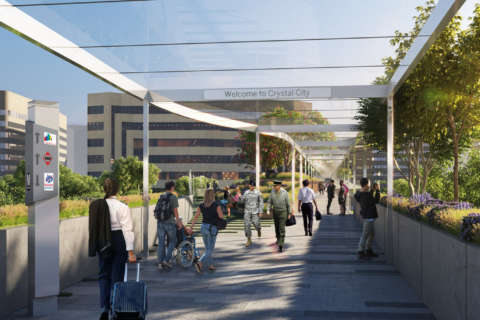 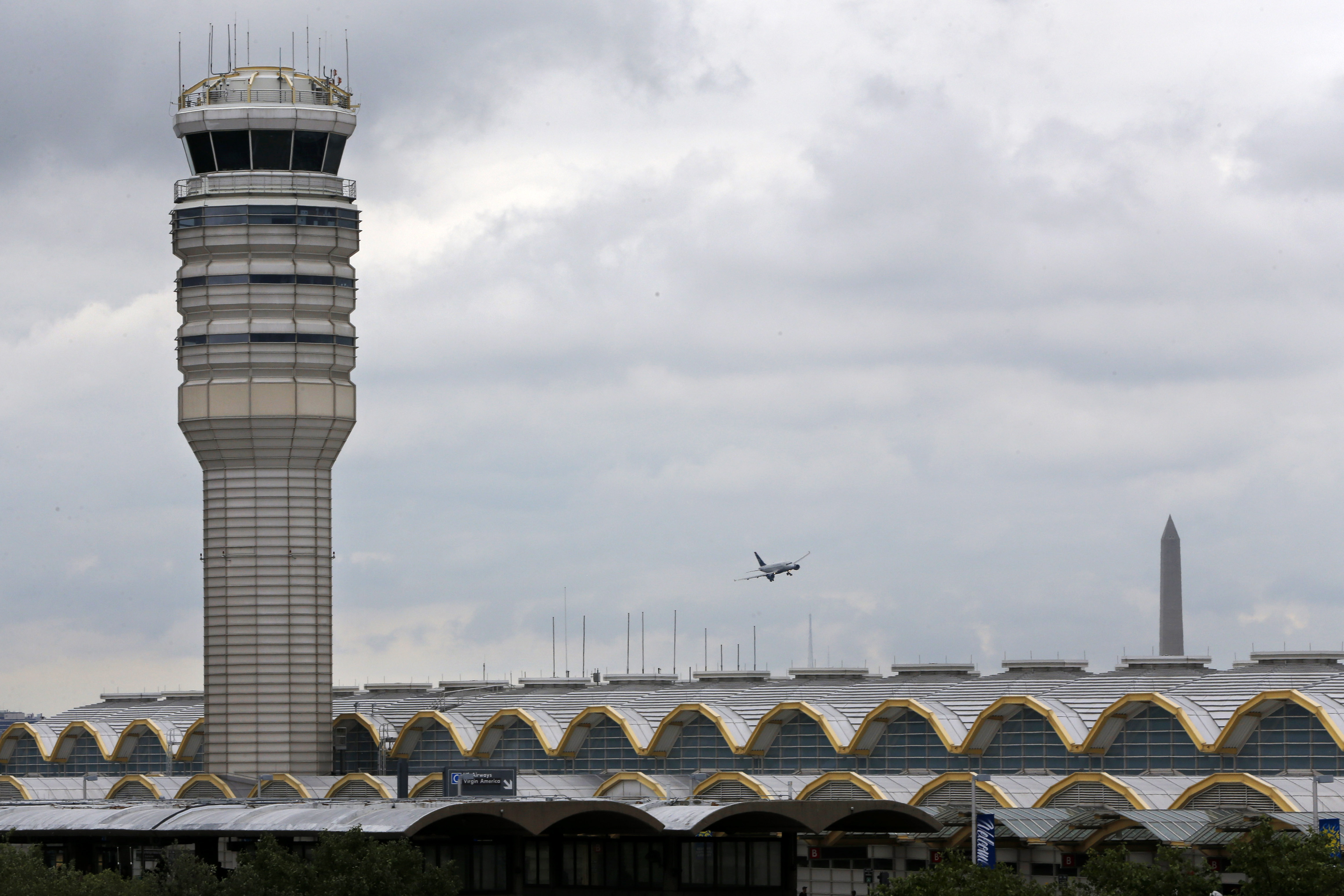