Drivers should expect major traffic delays on Interstate 95 over two upcoming weekends as VDOT works to repair a crumbling bridge. Find out where and when the tie-ups will happen.
Listen now to WTOP News WTOP.com | Alexa | Google Home | WTOP App | 103.5 FM

A crumbling four-lane bridge over Neabsco Creek, just south of Potomac Mills Mall in Virginia, needs extensive repairs. Because of the work needed, southbound traffic will funnel through to two lanes on the following times: 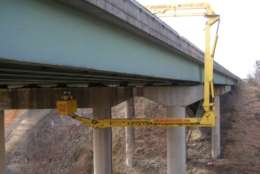 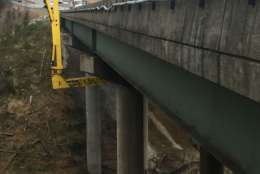 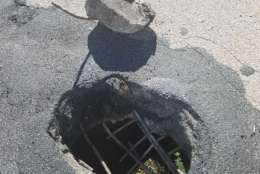 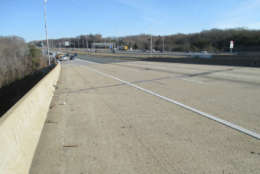 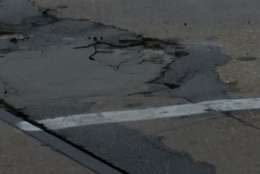 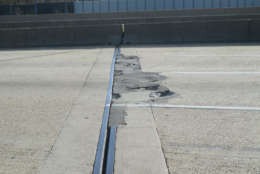 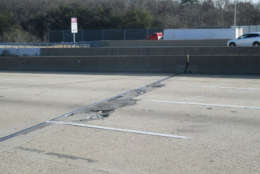 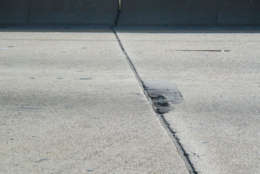 Share on Facebook. Share on Twitter. Share via email. Print.
During the repairs, the Virginia Department of Transportation has asked that the 95 Express Lanes remain pointed southbound. To use those lanes, drivers would either have to pay a toll or have at least two other people in the car and an EZ-Pass Flex switched to HOV mode.

While that could help ease traffic in that direction, it means the most significant delays on the initial weekend could be northbound, where traffic typically tends to spread out after the Express Lanes begin.

The Express Lanes will remain southbound until about midnight on Sunday both weekends, before reversing to point northbound as usual for the Monday morning commute, Transurban’s Mike McGurk said.

The second weekend, VDOT is asking all drivers to avoid 95 southbound in the area if possible, even if it just means getting on 95 a few miles farther south at Route 234. On Sunday, traffic problems are expected to be similar to those on the first weekend.

While southbound traffic on Monday morning is typically lighter than northbound, drivers should build in time for delays to start both work weeks, since the work is not scheduled to end until 6 a.m.

If either weekend of the work is delayed due to rain forecasts, it could be pushed back a week or two, but VDOT hopes to complete the project before Memorial Day weekend kicks off summer travel. Notice of any change in the schedule would likely come by the Wednesday before the weekend shutdown.

Why is the work needed?

A hole opened up in the bridge deck this fall, exposing the urgency of these fixes and prompting a temporary repair, said Brian Morrison, VDOT senior structural bridge engineer.

“Those were some emergency deck repairs to shore up a hole that developed in the deck, and this project is to do a more extensive repair on that area and some other areas on the bridge. Hopefully they will last for five to 10 years,” he said.

The work during the two weekend lane closures includes repairing three specific areas of the bridge. One is an 8-by-40-foot area just as drivers begin to cross the bridge that workers will start cutting out after the lengthy process of setting up the work zone.

“Then they’ll be getting out the jackhammers and finishing the perimeter of that so that we can lay some new reinforcing steel in there, and then we’ll get back out there with some rapid-set concrete and hopefully, within four hours, it will be up to strength, and then we can finish off the deck’s surface and get it back open to traffic,” Morrison said.

The other sections are a 4-by-8-foot section above the bridge’s southern pier and the joint across the entire bridge deck’s southern edge, which will get new concrete, steel and silicone sealant.

“We have to do this in two phases,” Morrison said. “We’re going to be shifting traffic to the left side of the bridge so we can fix the right side, and then on the next weekend we’ll be doing the reverse.”

The plan is to keep two southbound lanes open at all times, but the Dale City Rest Area and ramps from Dale Boulevard to I-95 south will be closed during the work.

“It needs to happen. The bridge deck is deteriorating,” Morrison said.

The bridge was originally built more than 50 years ago and was widened in the early 1980s. In the next decade, Morrison expects a $30 to $40 million complete reconstruction of the bridge deck may be needed.

The bridge carries about 71,000 vehicles per day.

VDOT inspectors have been checking the bridge every two days since last year, Morrison said, to ensure that the temporary patch put in place in the fall is still holding up. VDOT’s regular minimum period between inspections is two years.

“This section of deck is failing — it’s falling apart; it’s deteriorating. It’s been a problem for us for the past six to seven months,” he said.

“Construction work doesn’t go forward without some type of pain,” Morrison said. “There will be some traffic backups, but we hope we selected hours that will minimize those impacts.”