Metro can’t keep up with delivery of new rail cars

General Manager Paul Wiedefeld said it may be difficult for Metro to continue to accept 20 rail cars each month, given the testing and other steps required before a car goes into service.
Listen now to WTOP News WTOP.com | Alexa | Google Home | WTOP App | 103.5 FM

WASHINGTON — Metro is finally receiving more new train cars, but the increase in monthly deliveries has been so dramatic that it is stretching the agency’s ability to accept the new cars.

In July and August, Metro 16 cars arrived each month. In September and October, that number increased to 20 new rail cars per month.

The contract with Kawasaki calls for 12 to 16 cars per month. But for a long time, those deliveries were delayed or limited to eight cars each month due to production and other issues.

General Manager Paul Wiedefeld said Metro now has more than 215 of the shiny, new 7000 Series cars. But he said that it could be difficult to continue to accept 20 each month given the testing and other steps required before a car goes into service. Plus some lingering issues with the cars that he described as minor must be addressed.

“We’re still working through those, so that’s why I don’t want to commit yet to the 20,” Wiedefeld said. “They’ve had a backlog, in effect, of cars and now we’re working through how can we get those out quicker — can they get to their issues so that we can put them out on the system quicker?”

If Metro were to regularly accept 20 cars each month, Metro’s oldest cars, the 1000 Series, could be retired as early as September. The target date is December 2017 to comply with National Transportation Safety Board recommendations to remove the oldest cars from service because they can crumple in a crash.

About 60 percent of train delays in Metro’s most recent reporting period were caused by rail car problems. Despite being the oldest, the 40-year-old 1000 Series cars are among the more reliable cars in the system. The 4000 and 5000 series cars tend to break down more often.

Metro has ordered a total of 748 of the new rail cars, some of which were meant to provide the additional cars needed to run Silver Line service. Others that are meant to replace older rail cars in the system.

However, Metro might have to borrow millions of dollars to cover the increased costs of receiving the rail cars sooner than projected in the capital budget.

Wiedefeld directed the initial budget be lowered from previous years due to repeated failures in the past to spend all of the capital money allocated.

Since July, Metro has spent far more than planned on track work and rail cars, but somewhat less than projected on rail system components such as power, signals and communications.

The total capital budget was authorized to be $950 million, but could now go as high as $1.2 billion depending on rail car delivery and other project progress.

“I’d rather be on this side of the equation than where we were before, where we were basically holding up dollars at the jurisdictional level and not spending the dollars,” Wiedefeld said.

Anthony Costa, who is the General Services Administration’s appointee to the Metro Board, emphasized that Wiedefeld’s trademark of under-promising and over-delivering does not always work so well in a capital planning environment.

“It’s good to be conservative, except when you’re budgeting. Then, you’re left with a gap, and you request additional money,” Costa said.

“(I’ve been) with WMATA on the board for a couple of years and it’s still a little bit of a mystery to me how we do those execution projections,” he added.

Capital spending plans for the year that begints in mid-2017 are set to be introduced in the coming weeks. The capital budget proposal is expected to focus on the 7000 Series cars plus “state of good repair efforts on track and structures, power, facilities, vertical transportation, fare collection” and replacement of buses and paratransit vehicles and the new bus garages at Cinder Bed Road and Andrews Federal Center.

Metro is still figuring out its true capital needs, which could be incorporated into the transit system’s 2019 budget plans. 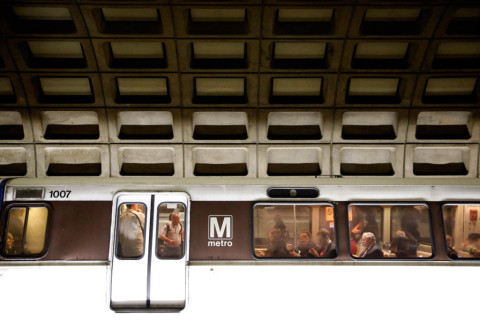