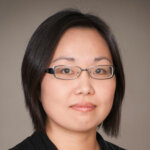 Sunday, Sept. 11 aims to be an eventful day with a presidential appearance at the Pentagon and a couple of athletic events in the area.

WASHINGTON — Sunday, Sept. 11 will be an eventful day with a presidential appearance at the Pentagon and athletic events in the area.

President Barack Obama is scheduled to attend a ceremony at the Pentagon on Sunday morning to mark the 15th anniversary of the 9/11 attacks. Drivers may encounter some road closures related to dignitaries traveling.

Thousands of athletes will be in D.C. for the Nation’s Triathlon. Although the swim portion has been canceled because of the bacterial level in the Potomac River, participants will still travel all over D.C. for the running and bike portions of the race.

The bike course starts on the National Mall, goes up Rock Creek Parkway and Beach Drive to Connecticut Avenue, comes back down Beach Drive and turns onto Whitehurst Freeway. Bikers will turn around at Key Bridge, then snake through Watergate’s area and E Street, going around the Tidal Basin, then crossing the 14th Street bridge on HOV lanes. They will turn around before Washington Boulevard.

Get more information about road closures from this triathlon as well as course maps.

The Parks Half Marathon in Montgomery County starts early Sunday morning near the Rockville Metro station. Some of the roads impacted by the race are Veirs Mill Road, Connecticut Avenue and Jones Bridge Road. Runners will go mainly through Rock Creek Park, but there could be delays when the course intersects roads such as Randolph Road. The runners will finish near the Bethesda Metro station.